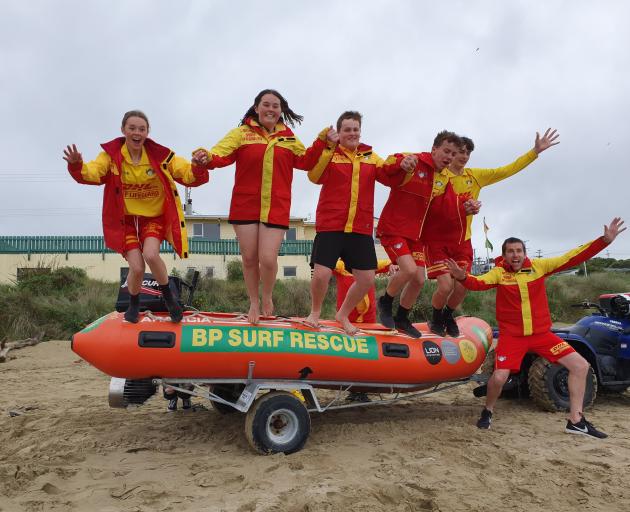 Kaka Point Surf Life Saving Club is the proud owner of a brand new inflatable rescue boat (IRB) worth $25,000, after it was announced winner of this year's BP Vote the Boat competition.

The win was announced late this afternoon to an ecstatic reception from its south coast clubbies, who had pulled out all the stops to engineer a win via online public vote during the past fortnight.

Club president Mark van Asperen said he and the club's 90 members were "pinching themselves'' after the win.

"We can't believe it. It's just a dream come true. We're jubilant , overwhelmed and humbled that so many stepped up and supported what the club does from right around the world.''

The win would allow reserves to be directed towards a planned expansion of the clubrooms on Kaka Point beachfront, he said.

"It wasn't just our local community, but also our family, friends, and ex-clubbies from across the globe, as far away as Canada, Australia, America, South Africa, and the United Kingdom.

"Our heartfelt appreciation also goes to BP and our local Balclutha BP station for their amazing, ongoing support.''