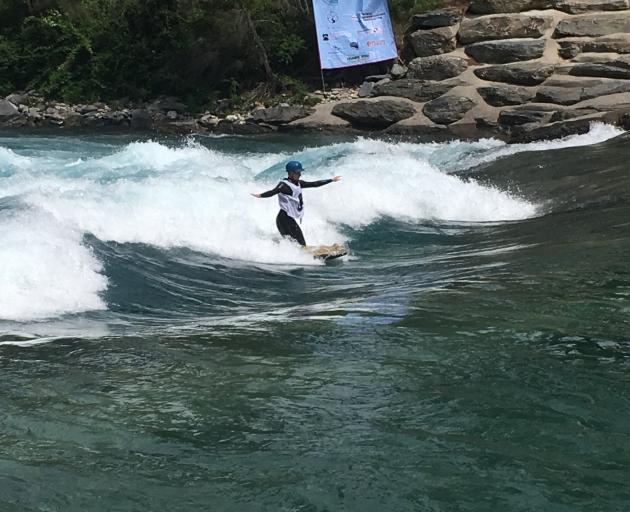 Tapanui's Anna Eade in action at the Hawea Waterpark during the world riverboarding championships freestyle final in October. Eade (26) won the women's freestyle and slalom titles. PHOTO: MEGAN EADE/SUPPLIED
A Tapanui teacher has added another trophy to her cabinet, after emerging as supreme winner at last night's Clutha Sports Awards. 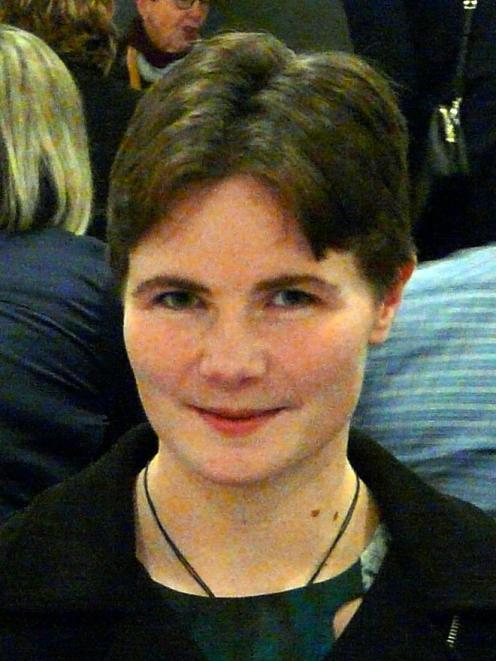 Eade won titles in freestyle and slalom at the event, and added a silver and bronze in two other sections against a field of 30 international competitors.

Her story was a classic tale of Kiwi ingenuity triumphing against the odds, awards convener and Sport Clutha co-ordinator Craig Gordon said.

Eade came from a kayaking background, and had been a summer riverboarding guide in Queenstown since 2014.

As the world championships approached, Eade was reluctant to spend $3000 on a professional board, so she modified the hull of a broken kayaking playboat to make herself a practice board, which she used on the Clutha River at Beaumont, Gordon said.

Gradually gaining in board experience, she then made a competition board from fibreglass.

However, professional boards are made from much lighter foam materials.

"On the championship practice day, Anna was laughed at by other athletes because of her board and told she was insane,'' Gordon said.

"One of the leading French male competitors told her that she was crazy. However, she told me she wasn't bothered as she believed her board was fast.''

Eade said she had surprised herself with her victories, but put her success down to a combination of "physical fitness'' and reading the river well.

"I trained hard and it wasn't easy. No-one expected me to beat the French - no-one ever beats the French, and that's the first time they'd ever been beaten.''

The awards returned after a four-year hiatus, and covered both 2017 and 2018.