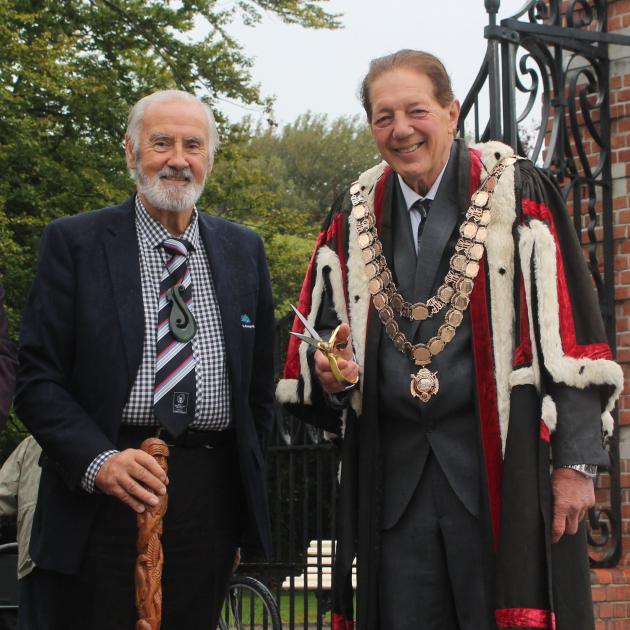 Caption: Waihōpai Rūnaka kaumātua Michael Skerrett pictured with Invercargill Mayor Sir Tim Shadbolt in February. Photo: Luisa Girao
Invercargill City Council is one step closer to establishing mana whenua seats within its ranks, but a kaumātua hopes it won’t take another 150 years for new appointees to be treated as equals.

The local body was established in 1871, so it has taken 150 years to include Māori in the city’s governance.

The news was well received by Ngāi Tahu representatives in the deep south, even though it comes with a caveat.

Because of government legislation, the new appointees can only be involved at committee level and are not allowed to vote at full council.

Waihōpai Rūnaka representative Michael Skerrett said the seats were a good start, but hoped it would not take another century and a half for the rules to change around that.

“Rightfully, we should have mana whenua places [voting on full] council. In time, I think it will [happen],” Skerrett said.

“I’m not talking about taking over the place, but that’s a promise of the Treaty. There’s a reasonable expectation that tāngata whenua of the area, they’re the Treaty partner. To me, it’s just a matter of honesty, keeping your promises.”

Tuesday’s meeting was not without its detractors. 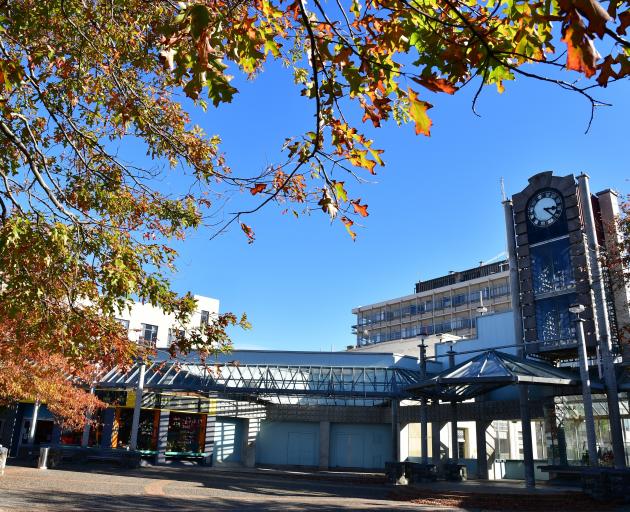 Invercargill is on track to introduce mana whenua roles at committee level as soon as September. Photo: Laura Smith
Debate swirled for an hour as two councillors expressed concern over staff recommendations for the roles. That included deputy mayor Nobby Clark, who felt the decision was too rushed.

Ultimately, Clark was the only councillor who voted against the recommendations presented by legal counsel Michael Morris.

Skerrett hoped once the positions were implemented, councillors originally opposed would get on with business.

“Surely once the decision is made, they’ll just accept it. I’d hate to think they [the new appointees] would be made uncomfortable.”

The issue of Māori representation has been a hot topic in Invercargill City Council following its decision earlier this year to not progress a Māori ward at the next election.

On May 11, council determined not to proceed with the ward due to concerns from mana whenua the elected person might not represent their interests.

Under the current legislation, candidates do not need to be Māori in order to stand in a Māori ward.

Having mana whenua representatives appointed by the Rūnaka solved that problem, but the Local Electoral Act 2001 prevented appointees from voting at full council level.

Te Rūnanga o Awarua chairperson Dean Whaanga said he was not concerned about that, believing most of the recommendations made at standing committee level were not overturned.

“The positive stuff that’s there is what we’re concentrating on.

“There might have been a little bit of questioning on other stuff, but take that away from the strength and authority of support, and that just shows the growing of our iwi and crown relationship.”

The decision to introduce mana whenua seats still needed to be confirmed at the next council meeting.

But at the committee it was only opposed by Clark in the end, who maintained it should be decided on by the incoming council at the next election.

Clark wanted to know if mana whenua representatives would be paid the same as councillors, and if they would be subject to the code of conduct and police screening.

Peter Kett also felt the timing was too rushed and asked if the appointees “have to be Māori’’.

Legal counsel Michael Morris responded it was up to mana whenua to decide who they put forward.

If the positions are confirmed at the July 27 council meeting, the new roles would likely be in place by September of this year.

Several councillors spoke out in strong support, with one comparing a delay to old arguments against the abolition of slavery.

“Some of those arguments came down to ‘some of those slaves are children who won’t be able to manage by themselves, so let’s leave it for another century or two’,” Lesley Soper said.

“People can find a million reasons for putting off to tomorrow what should be done today."

Mayor Shadbolt said the time for council to put off issues and “kick for touch” couldn’t go on.

“At some time, we have to face up to our obligations.”

Shadbolt began talking about how he had marched against the Treaty of Waitangi because he believed it was a fraud, but tapered off, distracted by a suspended window cleaner outside.

“Oh sorry, there’s somebody bungy jumping outside the window.”

Alex Crackett described voting on the seats as one of the “easiest decisions I’ve ever had to make”, while Nigel Skelt said it was “simply the right thing to do”.

Renowned broadcaster-turned councillor Marcus Lush said he was nervous coming to the meeting but heartened by the “well thought out comments” of his constituents.

“I think it’s good for Invercargill, a good news story. There have been stories that have come out of here that have put us in a bad light.”

Recommendations to council also included offering an advisory role on the Bluff Community Board for Te Rūnanga o Awarua, and consultation with Maata Waka and any other Māori voices about those roles.