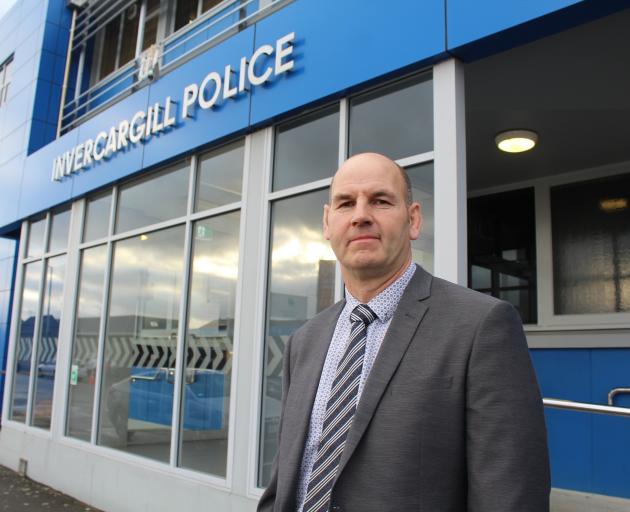 Southland police area investigations manager Detective Senior Sergeant Stu Harvey said it was important for people to understand how common the drug was in the city.

‘‘It’s interesting it’s not the same in other cities in the Southern district - Queenstown and Dunedin don’t have the same problem we have down here.’’

Although the weight might not seem like a lot, one gram of methamphetamine could last up to about 30 ‘‘hits’’.

Over the past four to five years, wastewater testing had revealed a ‘‘pretty consistent’’ picture of the usage level in Invercargill, where meth made up for 70% of the illicit drugs detected.

The ‘‘social cost’’ of the drug was one of its most damaging consequences, Snr Sgt Harvey said.

‘‘Especially for people that get addicted - it ruins not only their lives but also their family’s lives and breaks them apart.

‘‘People will do whatever it takes to get hold of it [once they’re addicted].’’

He had seen meth addiction lead to suicide, an increase in violence, dishonesty and family harm-related incidents and a general rise in the volume of crime in the community.

‘‘It comes with a lot of violence and guns - people become really paranoid.

‘‘Often sellers are selling to use and they don’t care about the harm it causes, because their goal is to fund their habit.’’

While gangs played a part in the distribution and consumption of meth in Invercargill, it was ‘‘not necessarily’’ always the case, he said.

‘‘Gangs are heavily involved in it [the drug trade], but it also involves individuals working with gangs as well, on that lower level of distribution.’’

In his 27 years’ experience with New Zealand Police, he had seen people from all walks of life fall victim to its harm, Snr Sgt Harvey said.

‘‘It has exactly the same effect no matter who you are, and it’s very hard to come out of that.’’

He stressed the importance of looking out for any identifying signs of meth use within families, so those people could be supported to get the help they needed.

‘‘It’s only when it becomes personal and it affects a family that you really start thinking ‘how bad is this thing?’ But there is assistance available and police urge people affected by this drug to get help.’’