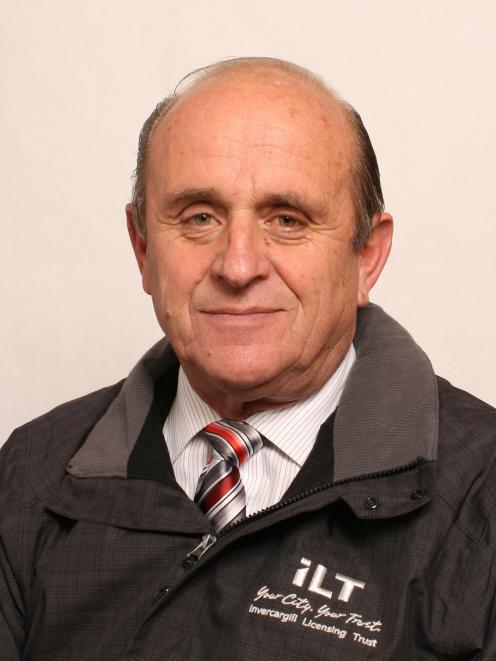 Alan Denis. Photo: supplied
Giving away $200 million to the Southland Community is a record set by the 78 year-old Invercargill Licensing Trust.

ILT group chairman Alan Dennis and chief executive Chris Ramsay both said they were thrilled to reach that mark.

The figure was announced at the trust’s January board meeting.

It was made up of grants to a wide range of community groups, city infrastructure and noteworthy projects. From Shakespeare in the Park, Scouts and bike racing through to Dungeons and Dragons.

There were many city landmarks and facilities like the Feldwick Gates and Stadium Southland that had connections to the ILT.

ILT communications manager Emma Hunt said it was a significant milestone, despite the downturn the trust had experienced in its sales because of the pandemic.

Mr Dennis said the trust was passionate about supporting Invercargill children with the Invercargill Primary School Eductional Initiatives Trust listed, in the latest list of grant recipients, to receive $130,000.

Developing the Splash Palace learner’s pool was something close to his heart.

"The learn-to-swim programme providing water safety skills is one way we do this and we are delighted that it has recently been nominated for a national award," he said.

Mr Dennis said another way the trust continued to enable the young people of Invercargill was through their own school. Converting the Don Lodge into an education facility for Enrich@ILT was a prime example of ILT aligning commercial operations with funding needs.

Year-to-date sales were presently $68.9 million which was better than the $63.1 million for the corresponding period last year, but down on the $70.7 million in 2019.

While the trust was experiencing a downturn in bar and meal sales, there had been an increase in its bottle store sales as more people chose to socialise at home rather than face restrictions in the bar.

Its year-to-date profit before tax was $5.2 million compared with $7.2 million the previous year.

Invercargill was the first city to introduce a licensing trust to New Zealand in 1944 after prohibition was abolished after 38 years.