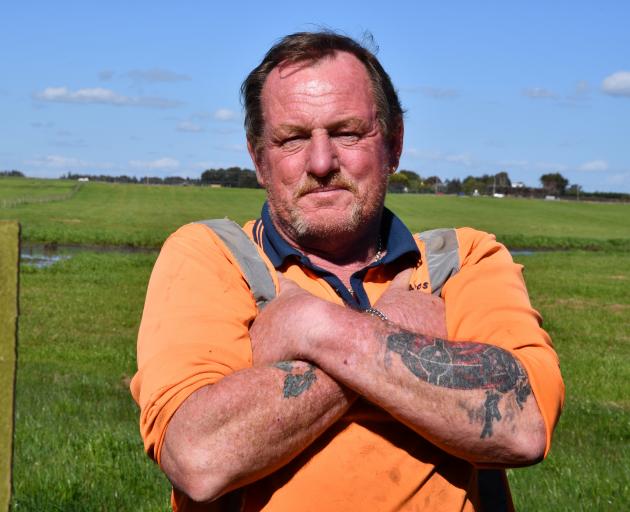 Regent St resident Wayne Hamlin is sad to learn the green fields behind his house will be developed. PHOTO: LAURA SMITH
A 600-house Invercargill development would be the city’s biggest in 40 years, its project manager says.

Plans for the new suburb are under way and project managers Bonisch Consultants have called the subdivision, named Te Puawai, the biggest development since the Tiwai aluminium smelter was built.

"Of scale, there is nothing of comparison in Invercargill certainly in the last 40 years," Bonisch Consultants managing director Boyd Wilson said.

It could also help alleviate pressure on the local housing crisis, he said.

The subdivision is planned for a 70ha block of land at Invercargill’s eastern limit, between Tramway Rd and Centre St, flanked by Rockdale Rd and Regent St, and would create more than 600 sections, including a retirement village, commercial hub and large green areas.

He would not say who owned the land, but said the person bought it about 18 months ago with the intention of developing it.

Mr Wilson said his client had farming interests in Southland.

The design philosophy was to cater for 90% of housing buyers in Invercargill to create a "complete cross-section" of the city population, he said 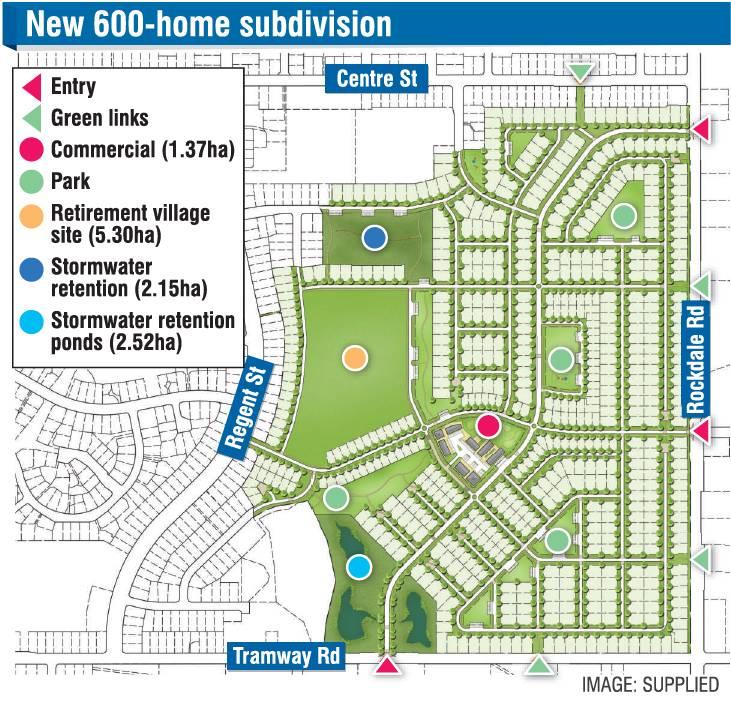 It was critical the sections were priced correctly — and affordably.

Plans include a medical practice, child-care centre and cafes. A retirement village is proposed for the western part of the development.

"It is another sector of the community that needs catered for as well."

Bonisch Consultants would lodge an application this month with the Invercargill City Council for a private plan change to rezone the land for the development.

Subdivison plans would be open for public consultation at a later time.

A council spokeswoman could not provide answers yesterday about how long it would take to process such a request.

Project managers worked with Waihopai Runaka in the preliminary design stages for the project and Te Murihiku marae which neighbours the site on the southwestern corner.

Te Puawai was chosen by the Runaka as the name, which means, “to bloom, to come to fruition, to come out of a flower”.

"On the whole, Invercargill is starting to blossom now, really."

It was planned the homes would be built over a 10-year period.

Residents of the area surrounding Te Puawai were invited to a public meeting on November 4.

Mr Wilson said there was positive feedback but the main concern raised was about stormwater management on the site.

He said it was something they had been mindful of during the development’s design.

"It’s green engineering, it’s managing that stormwater on site before it goes off site."

When asked if he thought residents were concerned about losing the open field land, he said some would prefer it to remain that way but were not adverse to change.

"Some do like to look out over pasture lands to the mountains beyond, but they also realise Invercargill needs to develop."

He said the land had been identified as the "next logical area for urban development".

Regent St resident Wayne Hamlin, whose garden backs on to the presently vacant fields, said he was aware there had been similar plans for the land for 20 years.

He bought his house three years ago, but knew development next door was a possibility.

He was not happy about it, but said development could not be slowed if it brought money into the city.

"So long as it doesn’t devalue our property."

He enjoyed the rolling green fields and it would be sad to see them go, he said.

Another Regent St resident, Taikaha Wainui-Dunn, did not mind the idea, but said it was a lot of houses.

Neither he nor Mr Hamlin knew about the public meeting, they said.