By Abbey Palmer
0 Comments
The air conditioning on some may not work, while others are almost as good as new — whatever their condition the vehicles have successfully travelled 2400km in the name of charity.

Bangers to Bluff is a 12-day journey from Auckland to Bluff in old cars along roads less travelled.

An unusual concept founded by a few members of the Half Moon Bay Rotary Club in 2015, it has since raised more than $300,000 for not-for-profit organisations.

On Saturday afternoon, drivers made a smooth arrival at their destination in Bluff, before travelling to the Newfield Tavern in Invercargill for the auctioning of their cars.

Half Moon Bay Rotary Club and 2021 event organiser Rod Cooke said about $18,500 was raised from the sale.

"There’s a hardcore group of five people that run the organisation at our club and our masthead charities this year have been [the] Multiple Sclerosis [Society of NZ] and HopeWorks Foundation."

Some funds would also go towards supporting the Rotary Club to carry out work in the community. 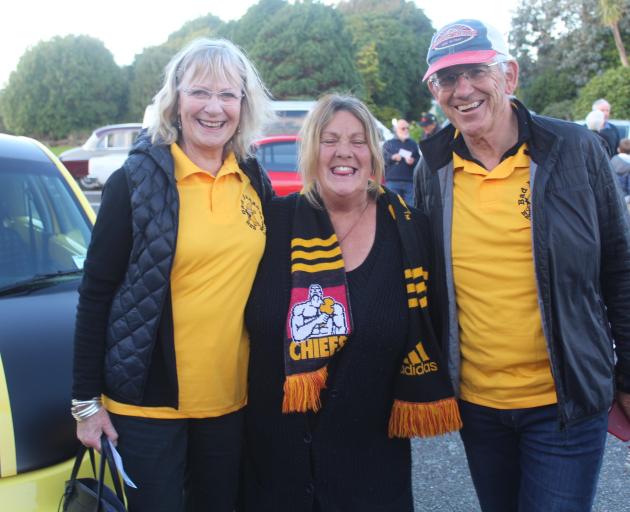 Last year’s event was a write-off after the Covid-19 lockdown hit four days before the cars were due to start their journey.

This year, 18 cars took part, plus a support vehicle in case of any breakdowns. Half were driven by Rotarians, while the rest were everyday people who believed in the cause.

"We are starting to get a large client base. We had an American couple do it with us a few years ago. We’ve had an Australian couple, who loved it."

There was a spending limit on cars of $2000 and in some cases, vehicles were entirely donated.

While some cars needed a little tender loving care before hitting the road, others were in mint condition.

Mr Cooke said one of the best parts of the trip was going to places most New Zealanders would have never even heard of.

"It’s a fun event. We have a happy hour every day at 4.30pm and we have a large barbecue trailer towed by the support vehicle, and have about five barbecues during the trip."

The hospitality the crew received in the South Island each year was like no other.

"The image that we’re creating down here in Bluff is increasing every year and the interest keeps growing."

Invercargill resident Donna Parker was the lucky winner of one of the vehicles on the day.

The bright yellow Volkswagen Beetle was driven by team Bad Bananas, Barbara and Murray Stanley, of Taupo, who were sad to see it go but happy for the recipient.

Mrs Parker said she had always wanted to own a Beetle and could not believe her luck.