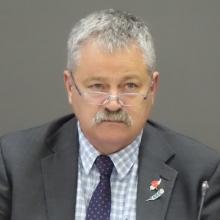 Mr Tong said the council had been informed by the agency last week it would fund only 85% of what had been requested for roading and bridge programmes for the first three years of the council’s long-term plan.

"That means to do the same amount of work, council would need to find another $7.5million from rates or reserves."

The shortfall meant some bridges would likely have to be closed until delayed work was completed, and some roads would require speed restrictions to manage deterioration.

Following consultation, the council proposed a 10.15% rates increase as it needed to complete work at hundreds of bridges and roads across the district.

However, yesterday, Mr Tong said councillors would have to discuss the matter again to see if it was still possible to keep the increase at that level given the situation they now faced.

"We are very disappointed and frustrated," he said.

"It is a big shortfall."

The council did receive an increase in funding, but it was below what it had asked for.

"Council is very frustrated with this process and will be talking further with Waka Kotahi and the Government.

"The timing, in particular, is a major issue for us."

Councillors will make a final decision about the matter on Tuesday at a finance and assurance committee meeting.

Simple answer to this. Just tell NZTA that the bridges are needed by cyclists; they will soon pay up.

"Bridges could close due to funding shortfall" and yet the govt is quite happy to spend 600 some million to appease a few cyclists.