By Daisy Hudson
0 Comments
It was not until he was eating a cooked deer liver with a knife in the middle of the bush that Eli Smith realised something had gone badly wrong. 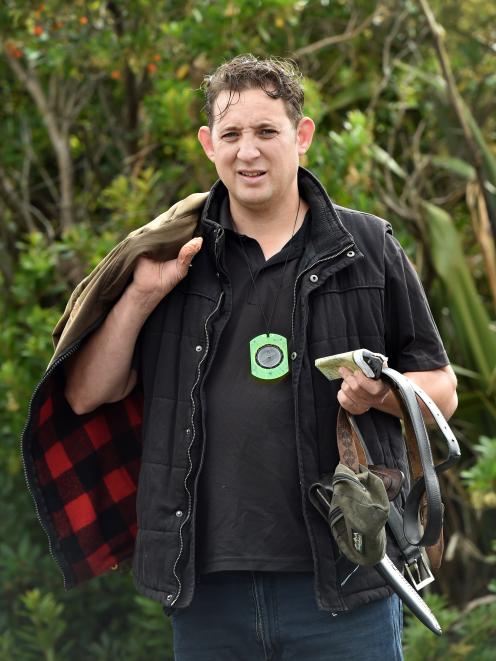 Dunedin man Eli Smith is relieved to be home after spending four days lost on Stewart Island. PHOTO: PETER MCINTOSH
The 39-year-old Dunedin man and experienced hunter had ventured out for a short hunt while visiting Stewart Island with a group of 13 friends last week.

But a haywire compass led to a four-day ordeal and sparked a large-scale search and rescue operation.

His hunt on Monday last week was only supposed to take about five hours. But while he thought he was heading south, he did not realise a knife in his pocket was causing his compass to show incorrect readings.

It was only when he decided to set up camp for the night and was eating the liver of a deer he had shot that he realised what had happened.

"I was cutting it [the liver] off with the knife and putting it up to my mouth, and I realised the compass around my neck, the needle was moving.

"I knew I was plum in the wrong spot."

Luckily, he had warm clothing and other items such as a lighter, survival blanket, and headlamp.

The next morning he managed to climb to a high enough vantage point to get his bearings.

From there, he knew what direction he needed to go in to get to the coast.

But it was not easy going. He had to trudge for hours through a swamp and battle his way through thick bush.

"I couldn’t get a fire going that second night because the wood was too wet, and I ended up burning the end of my thumb off with the lighter trying to get it going." 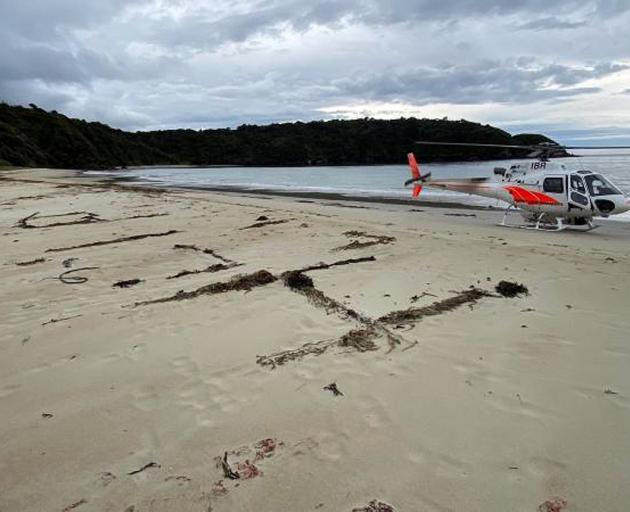 Eli Smith wrote a message in the sand as he waited to be rescued. PHOTO: SUPPLIED
On the Wednesday, he managed to reach the beach at Chew Tobacco Bay.

"I was pretty happy to see the beach. It was a good time to just get dry and catch a bit of kip."

He ate limpets and mussels, describing the limpets as "bloody horrible".

He also wrote the word "help" in capital letters in the sand, then settled in to wait.

Late on Thursday morning, he heard the welcome sound of a helicopter.

"I ran out on to the beach and I was looking up and I was waiting," he said.

"It felt like an eternity but it was probably only a minute, the chopper came up over the beach."

In hindsight, he said he should have taken a GPS system and personal locator beacon with him.

"It was only chance that I found out that something had gone wrong," he said.

"At the end of the day, it doesn’t really matter how good you are in the bush, I still needed the chopper to find me."

It was also vital to carry a personal locator beacon.

He praised Mr Smith for staying calm and finding his way to the coast.

"He did all the right things.

"It was his bushcraft and experience that probably saved him, to be fair." 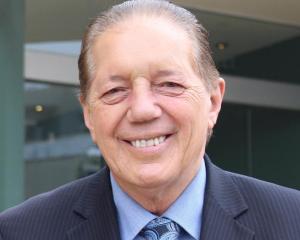