To help voters make informed decisions in the 2019 elections, we ask candidates who they are, what they stand for and how they would handle the big issues facing their district. Today, Tracey Roxburgh puts the questions to the Southland district incumbent mayor Gary Tong. 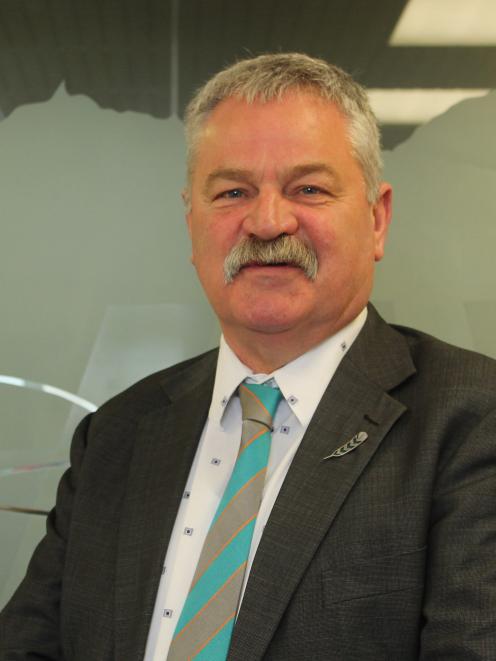 Southland District incumbent mayor Gary Tong is not quite ready to hand over the mayoral chains - but says he won't be seeking a fourth term.

Mr Tong was first elected in 2013 and while proud of his achievements to date, he said he has more to achieve before he hands over the reins of the district.

I am re-standing to continue with the road I'm on at the moment, to finish the projects that have been started during my last six years.

I don't want to leave now and leave these projects in the air.

I've got a lot of irons in the fire - some of them are out in the public arena, some are not.

My communications with ministers over other projects - aquaculture, Stewart Island power - and, really, I'm in a place where I can't pass the baton, I don't feel comfortable passing the baton to anybody else, however, I am looking quite strongly to pass the baton on in three years' time.

I'm working on a strategy to do that.

This will be my last stint as mayor of Southland.

I didn't realise at that time how much of a commitment it is to be the mayor of Southland, but the geography of it certainly takes a lot of time and travel and speaking with those that have elected me, really.

The Southland district is in a very, very good position.

We have some very strong communities, we have very strong members in those communities and it would be fair to say that we do struggle with keeping up with some of the regulations that keep coming from central government.

There's one that's [just] been announced ... in regards to our waters and that's going to reflect quite strongly on not only what we can afford through local government, as in rates, but it will have an effect on our farming, our primary industries, and our urban development areas as well in regards to water quality.

There will be arguments around if that's the right thing to do, but I believe it's everyone's responsibility to clean up our environment and we shouldn't be picking on a certain part of our communities - namely farming.

It's everyone's responsibility to look after our waters, whether it be washing your cars, what you flush down the toilet.

Please don't just blame our farming community for this.

What do you think are three issues facing the incoming council?

Definitely there will be some settling in with regard to the new structure around our community boards and not taking our eye off the ball around ''business as usual'', which will obviously be our rate setting and the nuts and bolts of what we do, really - our waters, our roads, our footpaths and amenities - as well as looking at economic development for Southland.

So, settling in the new council, keeping our ''business as usual'' stuff going and looking at our future.

What is one thing that you would like to achieve by the end of your next term?

I would like some decisions around the absolute potential for aquaculture in Southland.

We have got some very, very good examples of aquaculture down on Rakiura Stewart Island and I believe we've got the potential in Southland to build on that.