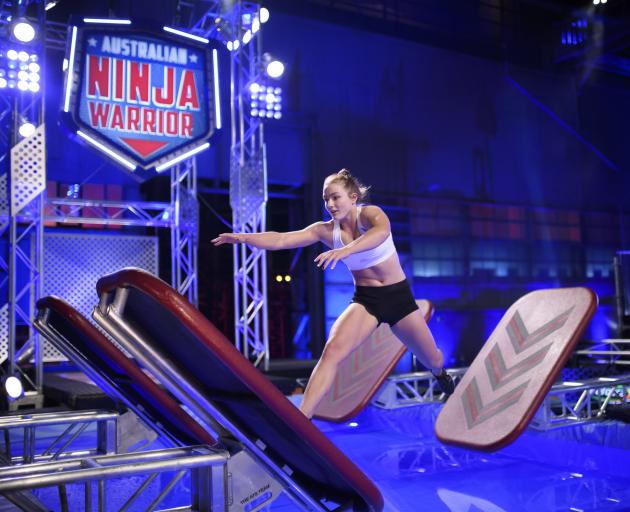 After smashing her way through her heat, former competitive gymnast India Henry is on her way to the semifinals of the second season of Australian Ninja Warrior.

India Henry (22), formerly of Gore, ran, jumped and swung her way through different obstacles over water to complete her heat in 1min 54sec.

‘‘I was so overwhelmed to stand on the top of that wall and realise what I had accomplished — to this day it is still hard to believe I actually did it,’’ Henry said.

A video clip of Henry’s heat was posted on YouTube and gained a lot of attention from the public.

‘‘I couldn’t believe how much interest occurred from it — people I haven’t spoken to in years are sharing it on Facebook,’’ she said.

‘‘I’ve had so many messages from people congratulating me in New Zealand and Australia, I’ve just had so much support — I’m very grateful.’’

Henry began training at the ninja academy in Perth last year after season one of the show had been filmed.

‘‘I always knew it was something I wasn’t [afraid] to try out so when season two came around I had been doing ninja-style training for a year and was ready to give it a crack.’’

The gym allowed her to train on obstacles similar to those in the show’s set-up, which helped her prepare.

‘‘I do a lot of physical activity to stay fit as well — rock climbing, bouldering and cheerleading.’’

She was a competitive gymnast for 10 years and represented New Zealand at two competitions in Hawaii.

‘‘Those competitions were definitely the highlight of my gymnastics career.’’ 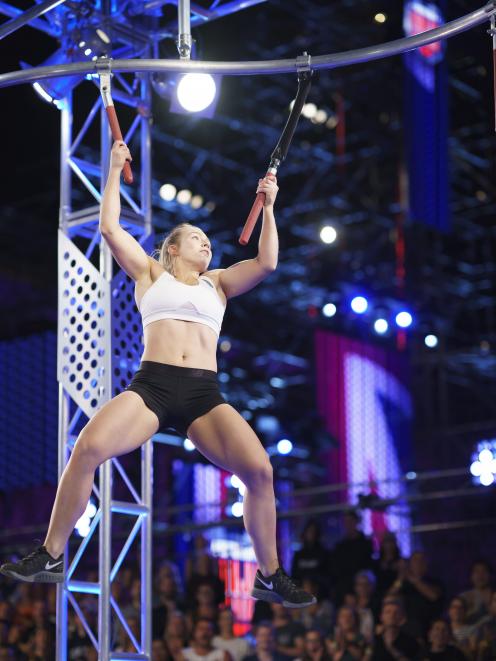 India Henry (22), formerly of Gore, holds on as she crosses through obstacles during season two of Ninja Warrior Australia. Photo: Supplied
She retired from gymnastics at 17 as she ‘‘didn’t have the same passion and dedication for it anymore’’.

However, Henry credits her gymnastics background for helping her progress in Ninja Warrior.

‘‘I would not be the same person I am today without my gymnastics background.

‘‘Ninja Warrior requires a lot of strength and without the 10 years of strength training I had behind me, I would never have picked it up so quickly.’’

In 2016, Henry moved to Perth with her boyfriend to a new experience and job opportunities.

‘‘If we hadn’t moved to Perth, none of this Australian Ninja Warrior stuff would have happened.’’

The semi-finals for Ninja Warrior will air on Sunday in Australia and would be released online after that.

‘‘You’ll just have to wait and see how I do in the semifinals as to whether I get in the grand finals or not.’’