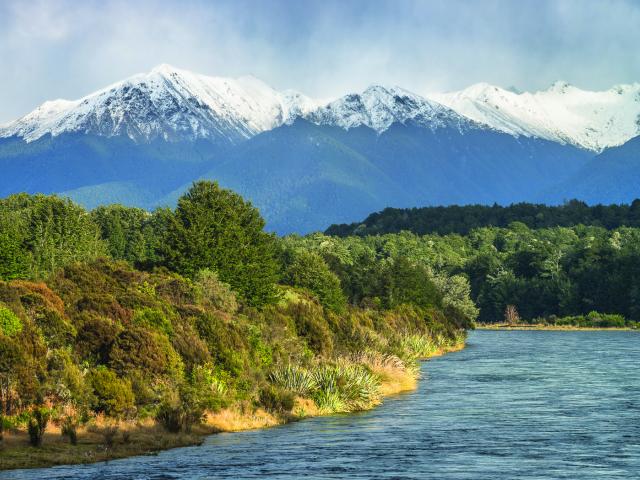 Waiau River at Rainbow Reach. Photo Supplied
A Southland mother says her two children may never be able to swim in the Waiau River if the Government's draft National Policy Statement on Freshwater Management (NPSFM) is approved.

She said as opposed to most hydro-schemes in the country, Meridian did not return the water to the Waiau River after generating power, but instead discharges it into Fiordland's Doubtful Sound.

"The Manapouri power scheme discharges some 500 cumecs from the Waiau into Deep Cove. This is up to 95% of the Waiau River's flow and accounts for half of New Zealand's total freshwater use."

She said the group has been battling with Meridian through the Environment Court for the past two years to have the ecological health of the Waiau River given due consideration.

The environmental impacts on the river are massive, and the draft NPSFM puts even the minimum flows the Waiau River currently has at risk, she said.

"The community is now expected to shoulder the burden of mitigating the impact of the power scheme as best they can with just 5% of the river's original flow. That burden will fall on everyone in the catchment except Meridian."

The Ministry for the Environment held two public meetings about the proposed plan this week in Invercargill and Winton. Members of the Rivercare group attended to raise awareness of and talk to officials about the issue.

Ministry for the Environment water director Martin Workman said he was aware of the issues, and he appreciated the group's passion.

He said the MftE's advisory group also did not agree with the relevant parts of the draft.

"These are proposals that we are consulting on, and Ministry wants this [sort of] feedback to have all the information possible to be able to make their final decision ... We just want to make sure people know that the Ministry is listening."

A Meridian spokeswoman said the company was reviewing the Government's proposed Action Plan for Healthy Waterways.

She said Meridian supported the objective of improving waterway health, focusing on the priority issues.

"Hydro generation provides the majority of New Zealand's electricity ... Meridian adheres to all of our consent requirements and we take our obligations as a responsible generator very seriously."

Mrs Jordan said the community was committed to making positive change for the health to the river, but "we cannot do it alone."

"Our vision is a future where ecological health and hydro-generation co-exist in our catchment, but we can't achieve that if the rules don't apply to Meridian."

Turnout at the meetings was larger than expected, so another event will be promoted in the next few weeks.

Public submissions on the National Policy Statement closes on October 17.

Man seriously hurt after ute wiinds up in paddock