Hope for bridge of partnership

By Luisa Girao
0 Comments
The celebrations of Waitangi Day this year left people with a feeling of hope for the future of the partnership between Crown and iwi, a Ngai Tahu leader says.

Awarua upoko Sir Tipene O’Regan was among the 500 people who celebrated the day at Te Rau Aroha Marae in Awarua (Bluff) — one of three places where Ngai Tahu tupuna signed the Treaty of Waitangi in 1840.

Leaders and kaumatua across the country gathered to "share a kai", recognise the relationship between Crown and iwi, and discuss the importance of freshwater.

“Our commemorations today at Awarua have been full of extraordinary variety, but also genuinely felt and expressed hope — a hope that we, Ngai Tahu and the Crown, will have a more informed and better quality relationship in our future," Sir Tipene said. 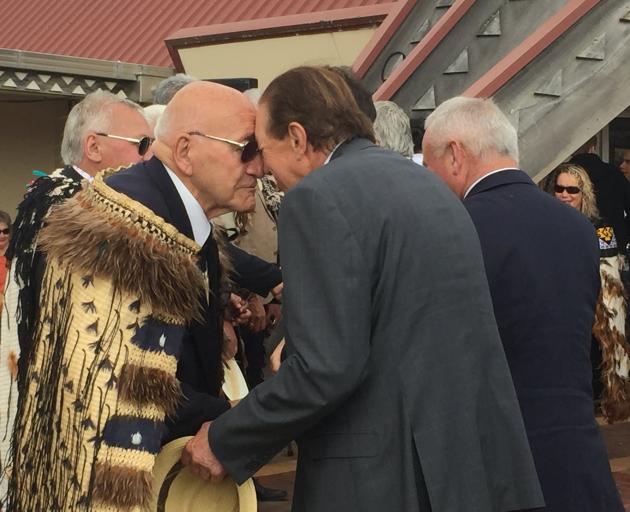 Sir Tipene O’Regan performs a hongi with Invercargill Mayor Sir Tim Shadbolt at the Waitangi Day celebrations in Bluff on Saturday. PHOTOS: LUISA GIRAO
Te runaka o Awarua kaiwhakahaere Dean Whaanga said this year’s theme was very topical due to the Ngai Tahu freshwater statement of claim, which seeks a declaration from the Crown that the tribe has rangatiratanga over all rivers and lakes in its area.

"Water is very important for Maori and Aotearoa as a whole.

"We need to maintain the cleanness, the quality and quantity for future generations."

He said Waitangi Day was important to emphasise that councils, the Crown, farmers and other community sectors needed to work together to achieve that goal.

Energy Minister Megan Woods spoke to the crowd and reiterated a messaged from Prime Minister Jacinda Ardern about the partnership between Crown and iwi.

"Many of you heard, in recent days, Jacinda speaking — again — about the bridge — the bridge that we must create as a nation, a place where we cultivate, not where we have expectations of one party or the other would cross fully to the other side, but one where we will meet and one that we can share our strengths." 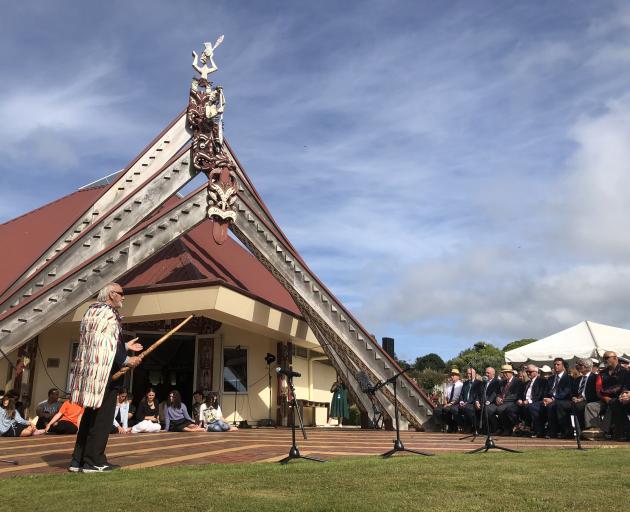 Waihopai Te Runanga o Ngai Tahu representative Michael Skerrett said it was a day of remembrance for "all Kiwis" as the founding document meant the beginning of two cultures coming together in partnership.