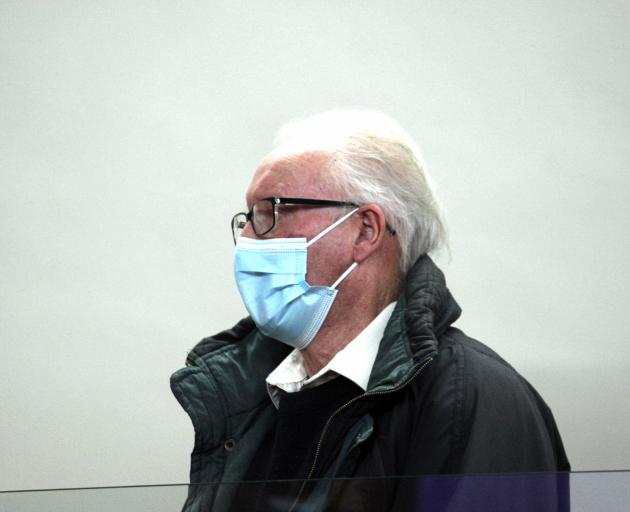 Kenneth Hawkins appears in the Invercargill District Court yesterday on charges of possessing objectionable material for offending which took place over a decade. PHOTO: KAREN PASCO
A man who used Southland Hospital’s Wi-Fi to send himself child exploitation images told police he looked at pictures of young naked children daily.

In the Invercargill District Court yesterday, Kenneth Warren Hawkins (77) admitted 18 charges of possessing objectionable material over a decade from 2011.

The police summary tells how it was while he was an inpatient at Southland Hospital last year that Hawkins used the Wi-Fi to send two images from one of his email addresses to another.

The email alerted Yahoo! Inc which then passed on the information to the National Centre for Missing and Exploited Children based in the United States.

On September 1 last year, a police search warrant was executed at Hawkins’ Invercargill home, where 49 electronic devices were found.

All were sent to the digital forensic unit in Dunedin for examination.

The majority of material was found in system files known as thumb caches and the unallocated space of a computer.

"This indicated that the defendant had taken steps to delete material and utilised applications for accessing material that may not be as readily available to our everyday computer user, all of this done in an attempt to ‘clean up after himself’," the summary said.

There was a pattern of evidence that Hawkins had access and viewed material from various devices over a significant period of time.

When questioned by police, Hawkins admitted to viewing images daily. He further stated that he also searched the internet for stories about sex with children and admitted he had accessed the dark web for such stories in the past, the summary said.

"In explanation, the defendant used his deteriorating health as an excuse and further stated that he knew what he was doing was wrong."

Judge Peter Rollo remanded Hawkins on bail to appear in June for sentencing.