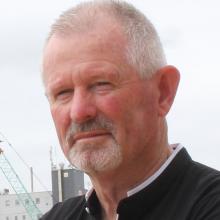 Nobby Clark. PHOTO: ODT FILES
The Invercargill City Council has declined an invitation from an alternative Three Waters "push-back" group, which aims to advocate for a different solution in the reforms.

Deputy mayor Nobby Clark filed a notice of motion during an infrastructural services committee meeting earlier this week asking the council to consider joining the group of councils, led by the Manawatu District Council.

In order to join the group, each local authority would contribute $15,000 to a campaign fund which would be held in trust and administered by the Timaru District Council under the oversight and direction of the wider group.

The points in the Three Waters proposal which the group had issues with included that councils would cross-subsidise each other, the loss of ownership of assets, and the "co-governance" model with mana whenua, which Cr Clark described as further undermining the local control.

The Invercargill council’s mana whenua representative, Evelyn Cook, was concerned about the wording used by Cr Clark to characterise the involvement of mana whenua in the water bodies.

"We are also ratepayers, we are also business investors.

"I do not see [that] mana whenua sitting in a group should be seen as not being part of an open and democratic process."

She urged the group to revise the wording and said the inclusion of mana whenua should be seen as progress, not a threat.

Cr Rebecca Amundsen said the concern was about Cr Clark’s notice of motion, and that she would not have any intention to support the group if it was challenging the co-governance model.

Cr Lesley Soper believed the council should not spend money on the group when councillors were not sure of the group’s intentions, or which other councils would be part of it.

Cr Allan Arnold supported the motion as he believed it was the responsibility of the council to fight for the assets invested in with ratepayer money.

"I think it is our duty to do all we can to preserve the assets that our community has paid for and, you know, worked for the last hundred and so years."