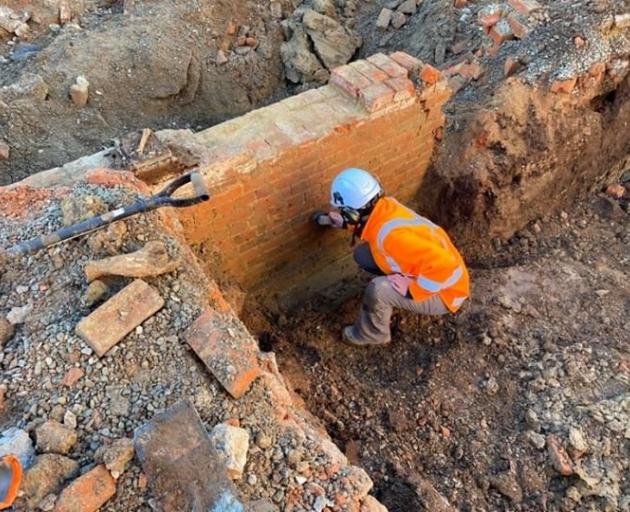 An NZHP spokesman said it was recorded, samples were collected and bricks removed for the development to continue.

"Retaining the feature was not possible in this case.

"Some bricks will also be on display in the information hub."

The building itself dated back to 1863, when merchants Calder Blacklock and Co built a warehouse.

The New Zealand Loan and Mercantile Agency Company occupied it from 1876-85, and the Nichol Brothers took over the lease in 1896.

The building was torn down in 1929 and replaced with what stood on the site until recently demolished.

NZHP was contracted to take care of the archaeological and heritage requirements for the development.

It will monitor any earthworks that may affect archaeology during the development and record anything that is found.

A publicly available report following the completion of the project will be a record of the heritage and archaeological resources lost during the redevelopment.