Kea get gym to distract them from road cones 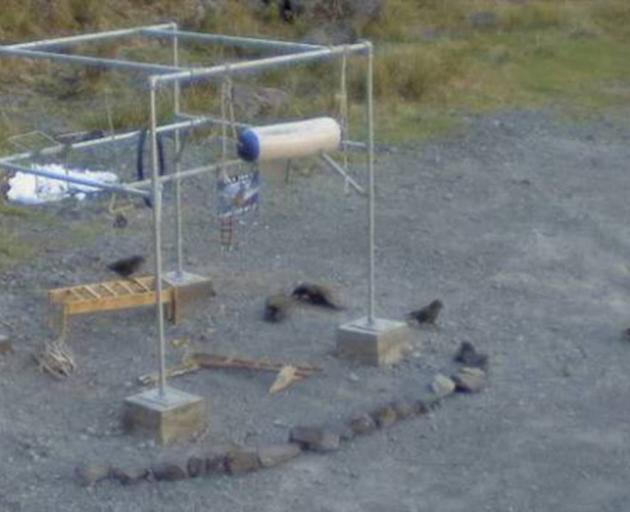 The kea spotted moving road cones near the Homer Tunnel have been given their own "roadside gym" to keep themselves busy away from the dangers of traffic.

A kea gym has been set up with multiple objects and contraptions that the kea can play, to distract them from the road.

The bird gym was set up near the Homer Tunnel in Fiordland National Park, where the cheeky birds had been filmed by NZTA moving road cones around.

The kea gym in Fiordland isn't the first one. Previous gyms for keas have been set up in Nelson and Arthur's Pass.

There is also one at the Manapouri power station, where kea had been damaging cars in the carpark.

Kea, the world's only alpine parrot, were last year named New Zealand's bird of the year.

They are highly intelligent creatures so experts suggest the road cone moving could be more than just a bit of fun. According to Kea Conservation Trust chair Tamsin Orr-Walker, the birds could be doing that to slow down cars so they could beg for food.

The gym is the result of a partnership between the Department of Conservation, Downers NZ, University of Canterbury and the Kea Conservation Trust.

It is designed to keep the curious birds mentally fit and engaged and is equipped with ladders, spinning flotation devices, swings and climbing frames.

The objects are rearranged on a regular basis to keep the birds interested.

Footage of the Fiordland kea gym is being monitored by experts at the University of Canterbury, who are using it to find out more about the behaviour of the endangered bird.