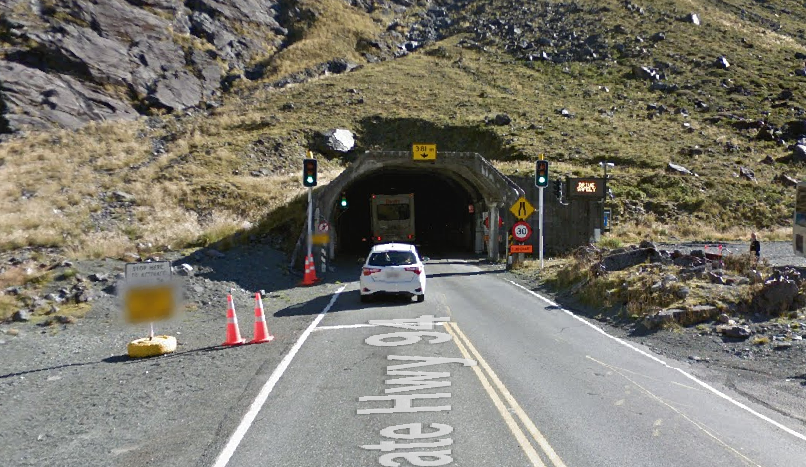 The Homer Tunnel on the Milford Road. Photo: Google Maps
Permanent new speed limits will be in place next week on a notoriously challenging stretch of highway near Milford Sound.

The NZ Transport Agency announced yesterday its new speed limits for State Highway 94 from the Homer Tunnel to Milford Sound.

Regional relationships director James Caygill said the agency wanted to prevent people being killed or seriously injured on the steep and challenging section of road.

The change was part of an initiative identifying highways where lower speed limits could make a difference in saving people’s lives, and where communities were calling for change.

Consultation with iwi, the communities and business operators in Milford Sound and Te Anau, residents along the route, road users and stakeholders started about 18 months ago.

Between 2009 and 2018 there were 76 crashes between the eastern entrance of the Homer Tunnel and Milford Sound. 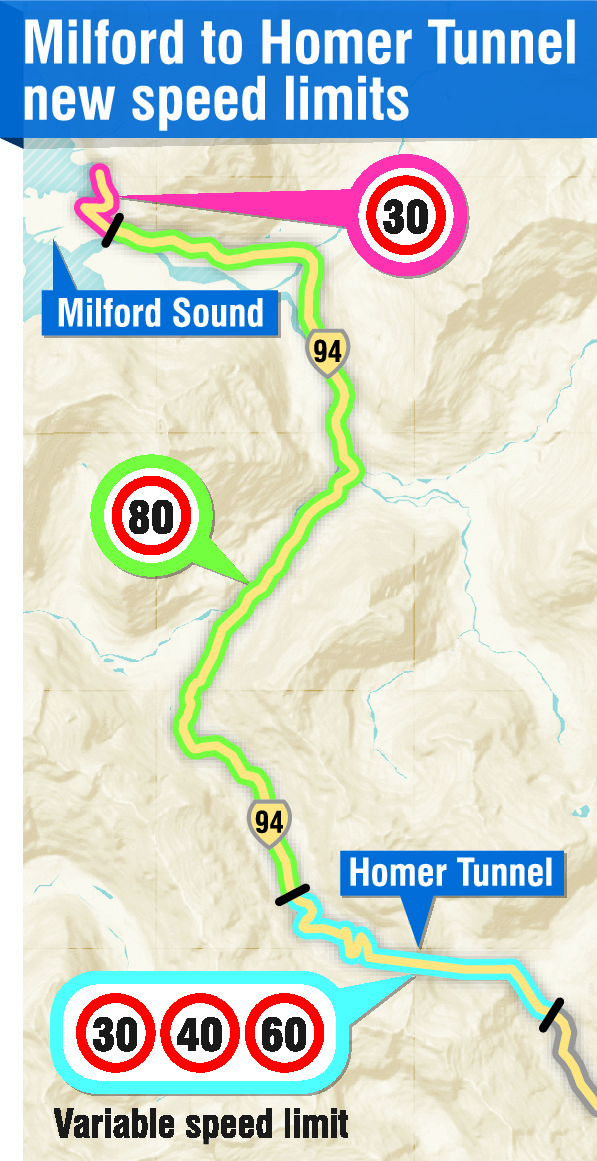 The recently announced Milford Opportunities Project masterplan also aimed to reduce traffic on the road to improve safety in the remote area.

He said there had been other improvements over the past three years, including bridge-widening, safety barriers, and curve signs.

Western side of Homer Tunnel to Milford Sound (14km): 80kmh