Sarah Dowie surrounded by media seeking details of her personal life. PHOTO: SUPPLIED
Six years of striving for  Southland shows there is more to Invercargill MP Sarah Dowie than the Jami-Lee Ross fiasco. She spoke to political reporter Mike Houlahan  about her time in Parliament.

"Just do the job" seems to be Invercargill MP Sarah Dowie’s motto — it’s a phrase she uses several times when discussing her six years in politics.

"It struck me hard, when we did the new MP induction programme, the first time we went into the chamber to practice Question Time and practice delivering a speech, was how small it actually is," Ms Dowie said.

"It is quite a bear pit and you are sitting relatively close to your opponents, whereas on telly it looks quite large.

"It’s very awe-inspiring and it creates a lot of adrenaline in your body, but I thought ‘you’re here, you’ve been elected, just do the job’."

In two terms as National MP for Southland, that job has entailed being chairwoman of three different select committees, being her party’s spokeswoman for early childhood education then conservation, and being a constant reminder that New Zealand was more than Auckland, and included Invercargill, Bluff and Stewart Island.

Speaking for the South required late hours, a lot of work, and a lot of knocking on doors, Ms Dowie said.

"You have to be an advocate for your patch. You can’t be a shrinking violet and stand back."

Naturally, things were a touch easier in her first term when she was a government backbencher.

"I found that if you were to get in the ear of the right minister, and a lot of the time that was Stephen Joyce because he was the minister of everything to some degree, if you could get in his ear, be prepared and quite clearly set out the advantages and disadvantages of your proposal so he could make his own mind up, you would quite often get his support, especially if you could bring those advantages down to jobs and livelihoods."

In her first term, Ms Dowie helped secure seed funding for regional economic development strategies and advocated for the expansion of industries such as aquaculture.

As National moved into opposition Ms Dowie remained on the backbench, but the arrival of Simon Bridges as leader in March 2018 heralded an upswing in her fortunes.

Elevated to the top 20 in the party rankings, Ms Dowie was also handed the substantial role of conservation spokeswoman — a dream job for someone who had worked for the Department of Conservation and who had found her way into the National Party ranks through the Blue Green movement.

Had all gone according to plan, Ms Dowie would likely still be prominent in the party rankings and still holding hopes of fulfilling her political ambition and reaching Cabinet.

However, the explosive fallout from a short and much-regretted relationship with fellow MP Jami-Lee Ross saw Ms Dowie develop a greatly different public prominence than she had intended.

"It does bother me that the media made that happen ... this was driven by clickbait," she said.

"What made my personal life so interesting as opposed to other MPs that have also had their lives implode at a personal level?"

Ms Dowie, spoken to a week ago, then asked a rhetorical question which seems highly relevant this week following Labour MP Iain Lees-Galloway’s resignation for an extra-marital relationship.

"Would I have got that much attention if I was male? It has been disappointing, but now I am getting to have my say."

Mr Bridges backed Ms Dowie throughout, retaining her in the conservation role. Her local National Party team also stayed loyal, returning her unopposed as their candidate for this year’s election.

However, over Christmas Ms Dowie changed her mind.

"I believe in moving forward, and I mean it when I say I want to have meaningful relationships with the people that I love and I don’t want an arduous travel regime."

Life as a consultant beckons, but before Ms Dowie leaves Parliament she still has a few fights left in her.

Ensuring Southland is adequately cushioned from the impact of the looming closure of the Tiwai Point aluminium smelter is priority one.

During this interview, the Government issued its press releases from the Prime Minister’s visit to Invercargill and Ms Dowie could not disguise her disappointment that little of substance emerged.

"If they [smelter owner Rio Tinto] go, they are going to be a big loss," she said.

"It’s not just money. A lot of staff time has been devoted to environmental restoration projects and things like that: they are active in our community, they are employing locals in our community.

"If Tiwai goes it will also hit us hard in terms of the social aspect; a lot of families will be leaving our community, with a flow-on effect in respect of schools, provision of services, and so on."

Ms Dowie is also not prepared to give up the fight for the Southern Institute of Technology to retain its independence, despite the Government pressing ahead with its vocational education reforms.

"Now that we probably have Tiwai closing, why don’t you leave us with SIT and our ability to harness that, because in the past SIT was producing students with reputable qualifications, we were nimble, we were able to attract international students, and we were operating at a good level revenue wise.

"SIT was fine, we did not have operational issues and it was a key part of the Southland regional development strategy so why not a carve out from the reforms, at least for the period when we are dealing with Covid-19, to allow us to at least get through this next 12-18 months?"

Despite her travails, on balance Ms Dowie still feels her time in politics was good for her, and hoped other people would learn from her life lessons.

"If I can forewarn one woman or one man who finds themselves in that situation, then they are forearmed right?

"It’s all very well being a politician, but we never hold ourselves out to be saints, or at least I didn’t.

Tumultuous regional year but not all bad 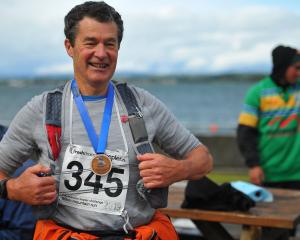 Not a National voter, I was dismayed by the apparent lack of female support for this MP, caught up in events of the JLR saga. Solidarity should not be disregarded due to political allegiance.

This article has been written on a completely non-partisan, non political, National Party basis.

Anyone whose conduct includes words such as that says "you deserve to die" is not worthy of representing anyone nor being remembered other than as dustbin MP.

Poor timing. The man was in treatment. But it's not a hanging offence to lash out following emotional abuse.

As well, no doubt sexist young men would say "What On Earth is wrong with JL-R?"

You need to read the complete text to realize she should no be representing people in Parliament.It was shocking and tells you a lot about someone.