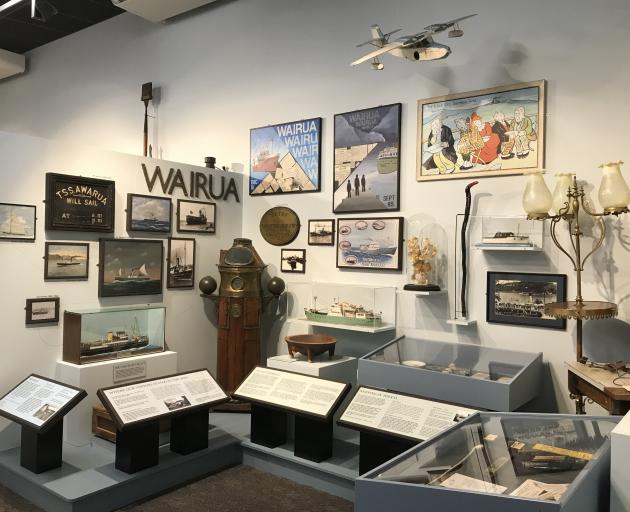 Today, the $3.7million project will open its doors and the island’s history will once again be shared with community members and those further afield.

"It’s just looking fantastic. After all that time building and getting things organised, it looks great and we’re really excited and thrilled about it."

It was in the late 1990s that the museum committee decided to create a new museum to replace the old one, which was built in the 1960s and extended about 30 years later.

In 2005, the Rakiura Heritage Centre Trust was formed and funding applications and community fundraising started to gather momentum.

Work started on the build in 2018 but because of Covid-19 delays and the death of interior designer Chris Currie, there were some hold-ups along the way.

As a myriad of artefacts telling the stories of the island’s oldest inhabitants were set to be on display, many people were interested in where their families had come from.

"We are getting an increasing amount of inquiries and we have a lot more diverse range of exhibits to what we had before [in the previous museum].

"People will be pleasantly surprised."

Over the past two months in particular, the island had been bustling with people, many of whom were staying on the island while working on the building.

"It’s been so busy lately — [the island has been] full to capacity.

"We were even struggling to find accommodation for the workers," Mrs Hopkins said.

It took 12 months to build the museum, and 13 months to source and compile pieces for the displays.

The building has a gallery twice the size of the old museum, a large temperature-controlled storeroom, a workroom, meeting room, office and large foyer featuring a locally carved pou.

Mrs Hopkins said about 200 guests were expected at today’s event.

A dawn blessing would start the festivities, followed by a powhiri and a local Maori group would perform a set of waiata.

It had been a long journey to reach the big day, but there were high hopes for the museum’s future, she said.

"It’s going to be a huge tourist attraction, especially on a wet weather day."