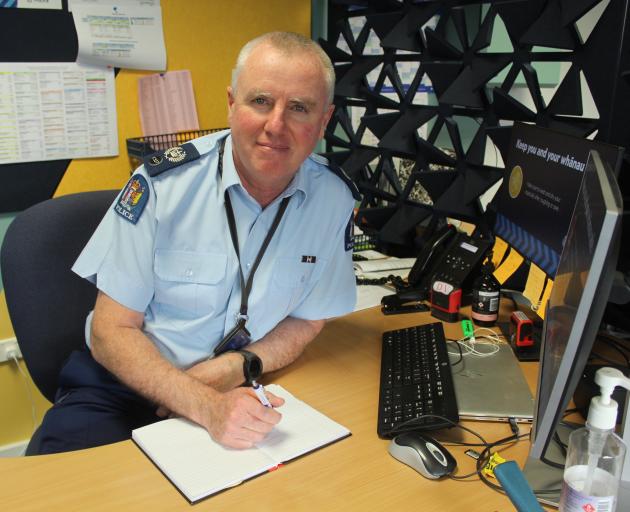 Family harm callout rates have "stabilised" in Southland following a significant increase during the first two weeks of the Covid-19 lockdown, an Invercargill police officer says.

Senior Sergeant Greg Baird said there was a "marked increase" of about 50% during the early stages of the lockdown.

However, in recent months, levels had reduced and were closer to those at this time last year.

The initial "marked increase" not only reflected the severity of the issue — it made officers motivated to work even harder to reduce rates.

"Attendance at family harm episodes makes up to around 20% of police calls for service but absorbs up to around 40% of officers’ time."

At the Invercargill station, the Whangaia Nga Pa Harakeke initiative had recently been put in place — the formation of a team of 10 sworn and non-sworn police staff dedicated to reducing family harm in the region.

“Police are working more with iwi, communities and partners and have a real focus on empowering families and providing them with solutions so that they can self-manage."

The resources police used for dealing with family harm in Invercargill had expanded "quite significantly" in recent years, he said.

"We’ve got investigators looking after the high-risk families, we’ve got a stronger focus on youth and we’ve also got a big focus on inter-agency response and information sharing, where we work collaboratively to find the best solutions for the whanau.

"They are very victim focused."

The team had also been working closely with local iwi to confront the overrepresentation of Maori in the justice system.

There was no simple fix, Snr Sgt Baird said.

"We’ve seen some big increases in mental health [issues] featuring in the incidents that we attend.

He acknowledged there were many different levels of abuse and plenty of cases which "don’t come to light".

Children were often present when incidents happened, which meant looking at the "long-term impact" of family harm was a top priority for police, he said.

It was important to identify issues with those families early on, to ensure police could work with them to find the best solution for them individually.

One of the biggest misconceptions people had about family harm was it only happened to people in lower socioeconomic groups, he said.

"It’s just not true. I think it probably gets reported a lot more in those families but it would certainly happen just as much in higher socioeconomic families — we just don’t hear about it as much."

Public perceptions that family harm offenders were overwhelmingly male were also skewed, as males were less likely to report incidents, he said.

While cases with sufficient evidence to lay charges were taken through the court system, police had begun to focus more on intervention, prevention and rehabilitation, he said.

"If you look at it from a charging perspective, what I think we’ve got to realise is that sometimes families need more of a holistic approach, rather than putting them before the courts.

"There are still times when we must hold offenders accountable for their actions [but] our team focuses on prevention, working with the family and empowering them."

Newly introduced legislation, such as the ability to charge someone for assault on a person in a family relationship or for impeding breathing, had proven to be increasingly beneficial for police and victims of assault, he said.

The ability for police to video record a victim impact statement had also recently made its way to Southland.

Snr Sgt Baird said nationally, it had resulted in an increase in early guilty pleas to family harm charges and had been "positively received".

He hoped it would have the same effect in Southland.

Southland police acknowledge that during lockdown periods, people may not be in a position to call police while they are confined to their homes. Everybody deserves to be safe and feel safe, so if you are in immediate danger and cannot call them, leave your house and get out of harm’s way. Get to a safe distance and then ask a neighbour or a passer-by to call 111 for you. People can also contact police — in confidence, if necessary — if they have any concerns about a neighbour, friend, or family member.