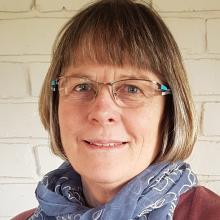 Julie Keast
Southland district councillors want to have a closer look at their urban development capacity following the increased pressures for housing across the district.

Some towns did not have water and waste systems in place to cope with an increase in houses, while others were already facing pressures.

The matter was brought to the council’s notice during yesterday’s regulatory and consents committee meeting.

Elected members approved a resource consent for a six-lot rural subdivision in Riverton, which included a prohibition to carry out further development or subdivide the land for 10 years.

Southland District Council resource management team leader Marcus Roy explained the condition would provide some certainty that the conditions and controls put in place in order to grant the application were effective, as well as to allow the council to have a discussion concerning urban development opportunities.

He said this “wider piece of work” would need to balance environmental effects, available infrastructure and community input.

Crs Darren Frazer, Julie Keast and Christine Menzies said this work was fundamental for the region and they urged the council’s staff to start discussions immediately, as many communities were already facing housing pressures.

“We need to talk seriously when this is going to happen,” Mrs Keast said.

Mr Roy admitted there was no timeframe yet for the work to be carried out, but staff were determined to address those issues with elected members as soon as possible.

“We are seeing a number of pressures coming on urban areas so we are aware that the urban developing capacity in our townships isn’t probably where it needs to be,’’ he said.

“So we want to look at that piece of work in a holistic space, but we don’t want to jump the gun and ... extend those urban environments prematurely without having a bit more consideration.”

He gave examples of some challenges across the region. The Athol community, for instance, had no further capacity in its water and waste systems, while Edendale and Winton needed a better understanding of their infrastructure as housing demands increased.

The capacity of the community to fund infrastructure services — footpaths, street lights and water systems — and a potential levy for developers to contribute to those would also be part of these discussions, he said.

Mr Russell said the council’s system of addressing subdivision applications on a case-by-case basis would not be a sustainable way forward.