Against severe winds and horizontal rain, firefighters battled a house fire yesterday at a rural property north of Invercargill.

Six fire appliances, including a tanker, and a specialist fire investigator were called to the property on Ryal Bush-Wallacetown Rd, next to Ryal Bush Transport about 3.30pm.

A reporter at the scene said the fire appeared to be under control by 4.40pm.

However, smoke was still coming from the roof of the house.

Workers wandered around the area where the property was located to see where the flames were coming from.

One of the workers at Ryal Bush Transport said they had not heard anything about what could have caused the fire, or where it had originally started.

"All we know is that it's the house next door and it kicked off at about 3:30pm."

Despite harsh weather conditions, firefighters appeared to have tackled the fire promptly.

The long stretch of road the property is on was blocked off as firefighters fought the blaze.

Firefighters from Invercargill, Wallacetown and Winton were called to manage the fire.

A Fenz spokesman said Fenz had not yet received any more details on the cause of the fire.

SDC jetty fees to be reviewed 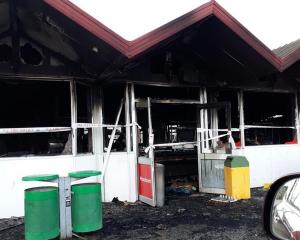 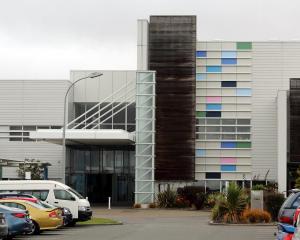