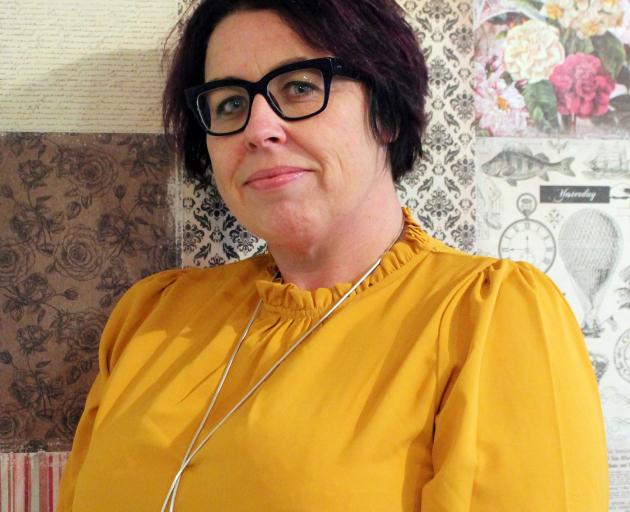 Invercargill lawyer Kate McHugh, whose mother died of lung cancer which might have been successfully treated had it not been for delays. PHOTO: LUISA GIRAO
Invercargill nurse Kathryn Harper had great faith in the health system, but was ultimately let down by it.

Five weeks ago, Ms Harper died of lung cancer, a disease detected early enough that she could likely have been successfully treated, except for the lengthy delays in diagnosis and arranging treatment.

"She worked for 50 years in that space, in health and medical care, and when she needed them they let her down," her daughter Kate McHugh said.

"The people at the coal face are doing what they can ... but they are dealing with systemic and resourcing issues."

This week the Otago Daily Times revealed cancer service clinicians had been raising concerns about their waiting lists since at least January: the radiation oncology waiting list reached a record 157 people shortly afterwards.

Lung cancer patients in the Southern District Health Board region have the worst outcomes in New Zealand, at a 7% lower survival rate than the national average.

In February a "medical oncology harm register" was provided for board chief executive Chris Fleming, which recorded that 27 people had suffered harm while waiting for cancer treatment.

That list included three people who were no longer fit for treatment.

Large sections of the report, obtained under the Official Information Act, were redacted, but Ms McHugh suspected her mother could have been one of those 27 people.

Ms Harper had respiratory issues, and in January a small tumour was detected.

Delays waiting for diagnosis and treatment meant a growth that could have been manageable instead grew rapidly, to the point of being terminal.

"We have had systemic delays throughout ... it’s been a shit of a ride from the beginning really, so it’s difficult to tell how much impact all this had on her.

"But we just know that had she accessed oncology quickly back in January, with a very small tumour that was entirely treatable, that she would likely still be here and that the following six-month journey would never have happened."

Ms McHugh’s brother was a close friend of the late Blair Vining.

Thanks to help from Mr Vining’s widow Melissa, the family was able to secure a meeting with an oncologist, Ms McHugh said.

Ms Harper and Ms McHugh had expected that they would be talked through a treatment plan, but received the devastating news that Ms Harper’s cancer was now considered untreatable.

"That was in March and it was too late ... we didn’t even realise and appreciate that mum was in a category of fatal delay.

"It was only because of that connection with Missy, and that I was a barrister, that we got in front of [a doctor]. She would have died on the waiting list [with] 100% [certainty] if I had worked in a dairy or been a shop keeper.

"Mum had people jumping up and down in her corner, but the average Joe doesn’t get that kind of attention."

Ms McHugh said she would probably take a complaint about her mother’s case to the health and disability commissioner.

"I think from an accountability perspective, just so ... there is something helpful that comes out of it. ... I know that it’s tiring and difficult ... but the delays and issues that have been highlighted with mum deserve to be explored properly and answered."

The SDHB does not usually comment on individual cases.

Chief medical officer Nigel Millar said the board was "committed to ensuring timely access to cancer services, and deeply regret when this has not been possible".

"We are continuing to find ways of increasing the capacity of our cancer services, including recruiting additional staff and outsourcing to other providers."

Lets get an inquiry under way of how this government, like the previous, is continuing a serious breach of Discrimination against people living in the south. The 27 people that incurred harm records only those that made the list, the figure is much higher because many people did not even make the lists. The true figures will be eye-watering sad. The 7% lower survival rate than the national average is worse than that because the SDHB is included in the national average and will have a depressing effect on it, making health outcomes may be as much as 10% higher across NZ which means some boards maybe spectacularly better places to become cancer sick in NZ yet we are this nation of 5 million, yer right.

Bureaucracies believe in process ... and have no place for outcomes. Only when outcomes are career defining will there be progress. This isn't the only area where the SDHB has been found wanting. Board, Commissioner, Board the problems remain ...
So we've tried Governance, it may be time to look at Management.

Totally agree. I am angry that because we live in the South, we are disadvantaged. We all pay taxes therefore there should be no discrimination because of where you live. Who decides these things? Discrimination is supposed to be illegal. Maybe someone needs to take a criminal charge against the Health Dept. Maybe, just maybe, that may change the way we in the South are treated. Time to revolt

I sure agree that we here in the South who earn through our farmers a great deal of NZ overseas funds but are really left out in the cold as far as getting good cancer curing treatment here in Otago and Southland.
But in saying this the real main problem is that the Pharmaceutical Industry rule the medical profession in that cancer in a big money making industry as far as they are concerned, they are not interested in curing people of cancer.

Again, you have all my sympathy for your loss, from someone staring in to the same great unknown of death. I am myself a week or so from death, from what could and should have been diagnosed and treated, long before that shock inducing and blunt terminal diagnosis.

SteveC thank you for sharing your situation with us. Sorry is not something anyone wants to hear from their Health care professional and wont mean much to you. Just know those who read this will be thinking of you and your Family at his time.