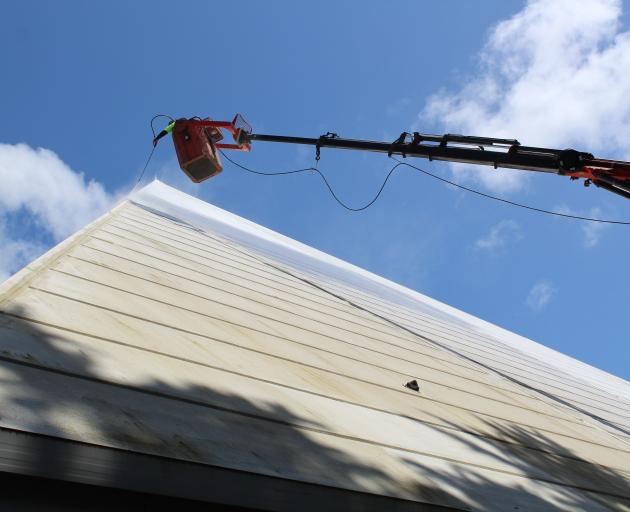 The council’s favoured option is to demolish the pyramid and start afresh. PHOTO: PETRINA WRIGHT
Worries over potential risk and funding prompted Invercargill city councillors to support a smaller version of the new Southland Museum and Art Gallery.

Elected members started to deliberate about the submissions received for its proposed annual plan earlier this week, and the redevelopment bill and potential risks for the new facility was a hot topic.

The draft annual plan presented three options — the council’s favoured option to demolish the pyramid and build a 4150sqm building within the same footprint at a cost of $75million; earthquake-strengthen the museum building to 67% of the national building standard which would cost $57.1million; or build a smaller 3550sqm museum which would cost $65.3million.

Cr Rebecca Amundsen was worried because she felt the document did not sufficiently flag the possible risks of the council’s preferred option or the bigger version of the facility.

Although there was very little difference in rates affordability, it was an extra $10million, to be made up mainly by external funding.

Cr Ian Pottinger said the long-term plan was too ambitious and "fiscally unachievable".

He listed projects which included the museum, the Branxholme pipeline project and the redevelopment of the Civic Administration Building, forecast to raise the council’s bills for capital project by about $50million.

"The LTP needs to be revisited. There is nothing wrong in being ambitious, but it’s got to be affordable."

Cr Lesley Soper suggested that the council should include the smaller version of the museum plan on its annual plan. It would balance the vision, the community experience, the risks and the financial costs and find what was the most prudent option.

Mana whenua representative Evelyn Cook had concerns regarding this as future generations could regret the council’s choice.

Cr Nigel Skelt agreed and said that there were several examples of buildings in the city that the council did not build right in the first place, such as the public swimming pool, the Civic Theatre and the ILT Stadium Southland.

"We have example after example of facilities in this city that have been built and we undercooked every time. So we have to have the vision."