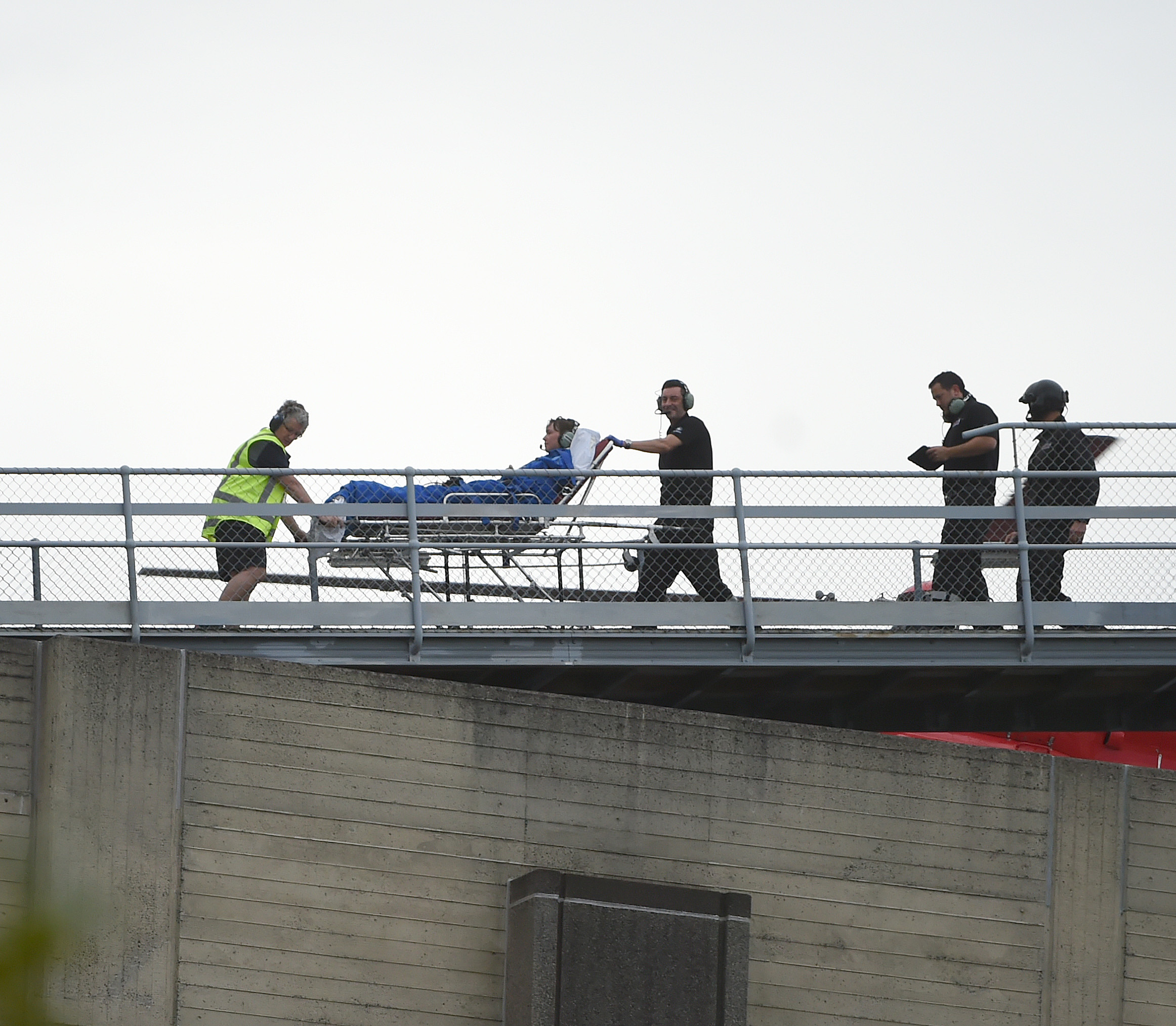 A young woman was attacked while body boarding. Photo: Gregor Richardson
A young French woman has been flown to Dunedin Hospital after being attacked by a shark in the Catlins this afternoon.

Catlins Surf owner-operator Nick Smart said the woman was bodyboarding when she received a moderate-sized bite from a shark about 2.10pm.

She was with her boyfriend and two other friends at Porpoise Bay, when the shark came up and bit her "out of nowhere".

"She was conscious the whole time, but had a pretty good gash on her leg. There wasn't a tonne of blood, obviously it wasn't an arterial bleed," Mr Smart said.

It would need a lot of stitches.

Mr Smart said he had just finished a surf lesson and was back up at his surf shop when the attack happened.

"I looked down the beach and I saw some one running and I just thought something wasn't right.''

He quickly drove down to the beach and after learning it was a shark attack immediately called 111.

He got his stretcher and took her to a friend's house near the beach.

He was unsure what type of shark it was, but believed it was a shark rather than a sea lion.

A local resident said the rescue helicopter landed just after 3pm, touching down outside a crib on Waikawa-Curio Bay Rd.

In 2014 a surfer was bitten three times, reportedly by a great white, while he was surfing at Porpoise Bay, near Curio Bay.

Surfer Darren Mills (28) punched the shark away. Mr Mills suffered three deep gashes between his thigh and his calf as the shark latched on to his leg while he sat on his surfboard 50m offshore.