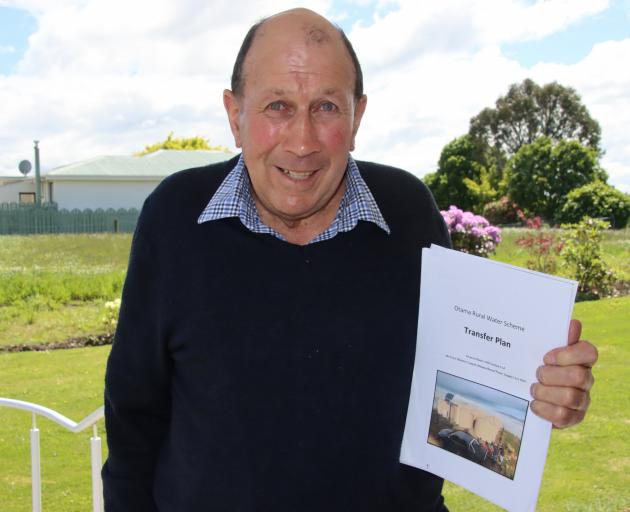 A referendum is being held for users to vote whether the Gore District Council retains ownership of the scheme or it is transferred to the Otama Rural Water Ltd company.

The scheme, built in the 1970s by farmers, is jointly managed by the council and the Otama rural water scheme committee.

The scheme’s water comes from a bore at Pyramid Bridge, next to the Mataura River, and supplies water to just over 250 connections on 221 farms.

In 2017, a referendum of users voted 76% in favour of the scheme’s ownership changing and started the legislative process required for the change of ownership.

In July this year, councillors considered a memo from chief executive Steve Parry which included information about how Otama Rural Water Ltd would operate the scheme.

Councillors voted unanimously they were satisfied there was enough information available for scheme users to make an informed decision about whether it was in their best interest for the company to take ownership of the scheme.

Scheme committee chairman Tom Affleck said it would only take 50% in favour of the company owning the scheme to make it happen but he hoped for a higher percentage than that.

He encouraged people to exercise their right to vote.

It would send a clear message to the Government in light of the impending Three Waters reforms.

"At the minute they would like to take us over."

If the ownership changed the details of how the company would operate would be finalised in February.

"We do have a two-year period from the time the vote is completed until we have to have the company all set up."

The transfer of ownership was planned for July 1, 2022.

Voters have until noon on December 10 to return their voting papers to the returning officer or council.