Invercargill resident Vana Davis was enjoying the show for the first time with her granddaughters (from left) Lily (3), Macie (2) and Indigo (7) Davis. PHOTOS: LUISA GIRAO
The "stunning" weather played a big part in the success of the Winton A&P show at the weekend, the association president says.

Wayne Malcolm said the hot temperatures in Southland and a great variety of activities attracted about 3000 people to the show on Saturday at the Winton Racecourse.

"It is a great family day out. We have attractions for everyone."

He said one of his favourite things about the show was the mixture of rural and urban people and activities. 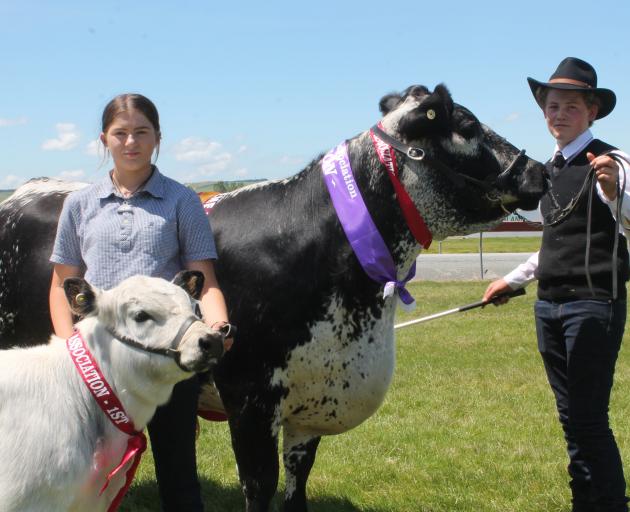 Paige Loveridge (14) and Mahaia Tiller (12) proudly show their cattle, which were among the winners of the Supreme Animal Competition.
Invercargill resident Vana Davis took her grandchildren Lilly, Macy and Indigo to the event for the first time.

She recently moved back to her home town after living for a couple of years in Australia, to spend more time with her family.

Ms Davis said her grandchildren rode a pony for the first time on Saturday.

"It was so lovely. They always wanted to ride one but they never had a chance. It is good to be back at home and be part of those moments." 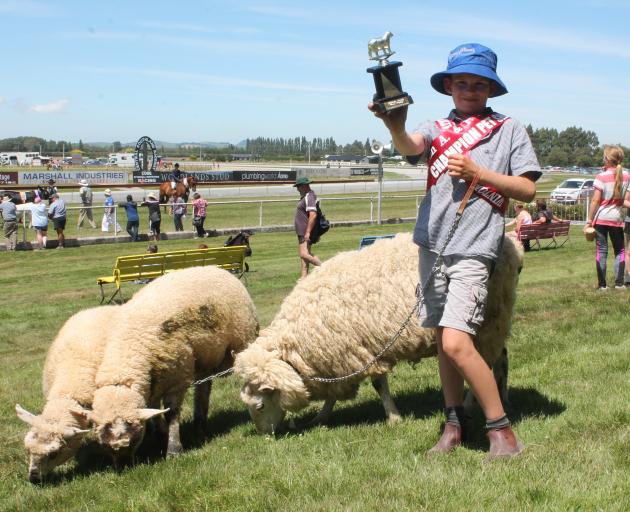 Jack Lindsay (9) shows the trophy he won in the Pet Competition with his three sheep (from left) Blue, Giant and Peanut.
The event offered a variety of attractions such as shearing, freestyle bike show and pet competition, one of the most popular events.

Jack Lindsay was thrilled with the red ribbon and trophy he won with his three pet sheep Peanut, Giant and Blue.

"I will put this trophy in my bedroom, where I can see it every day," he said, with a big smile on his face.

Hudson Forde also walked proudly at the event with Paxton, his pet goat, which was a winner in the fancy dress competition. 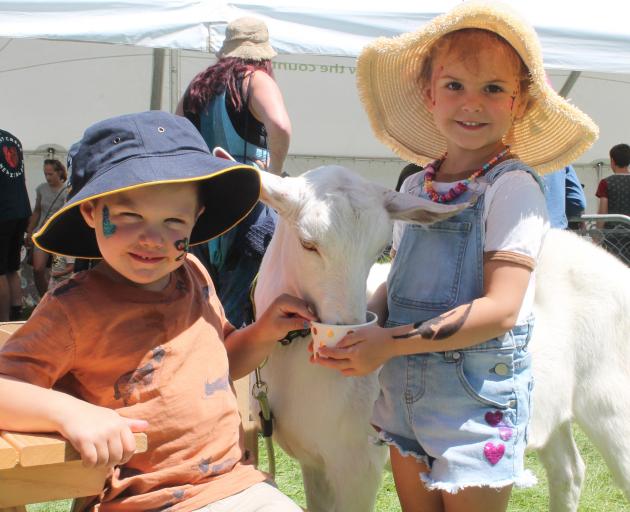 "When he rides his bicycle, Paxton goes along. They are always together. It is funny and very cute."