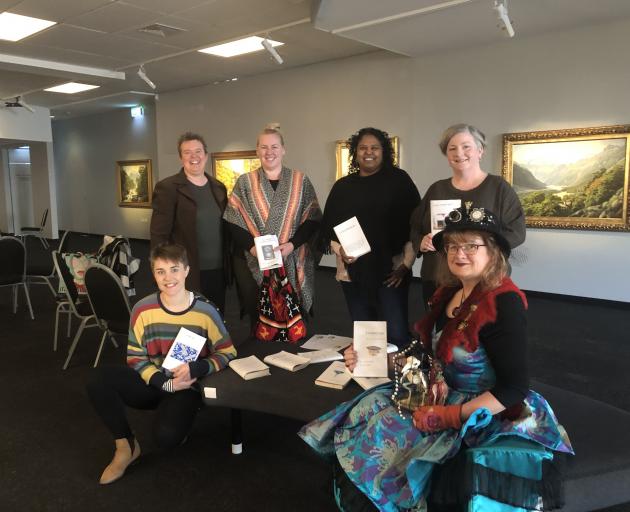 "Human library" participants (from left, back) Rebecca Amundsen, Anna Cochrane, Loshni Manikam and Kerryn Douglas, and (front) Jessi Leith and Janette Gellatly shared and heard stories at He Waka Tuia in Invercargill yesterday. PHOTOS: LUISA GIRAO
The phrase "don’t judge a book by its cover" got a whole new meaning yesterday in Southland.

Twelve local women took part in the "human library" at He Waka Tuia to share their experiences, knowledge and expertise with attendees of the Kick It Women’s Festival promoted by the Kind Women Charitable Trust.

The concept for the event originated in Denmark 20 years ago when Ronni Abergel created a pop-up human library where people could borrow someone for a chat — just like a book on the shelf.

Organiser Rebecca Amundsen said the event was the perfect fit for the festival as the region had many inspiring women.

"They are not writers. They are just women from around Southland and they are the book themselves," she said.

"How it works is that instead of going to a library to pick up a book about a topic, you come to this library and talk with the person about their experiences.

"We have so many amazing woman around Southland who have amazing stories to tell or who have overcome challenges." 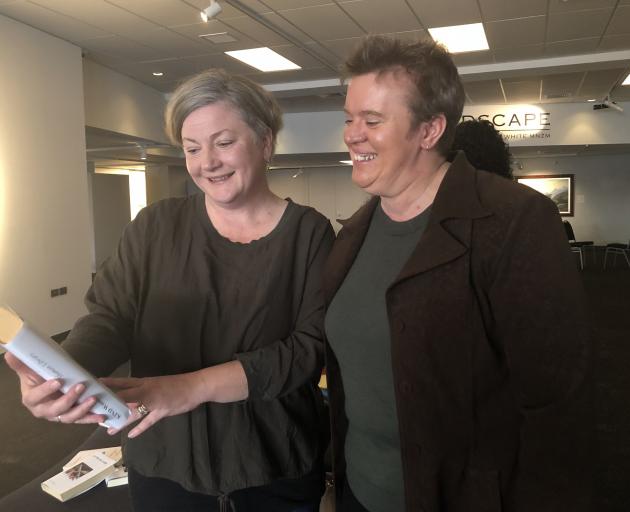 Kerryn Douglas shares her story with Kick It Women’s Festival organiser Rebecca Amundsen.
From a "year of yes" which took Anna Cochrane to hike the Kokoda Track in Papua New Guinea to the stories of Jean Smales, a trans woman who started transitioning in her 70s, the human library promoted a welcoming and warm environment to inspire and to empower the women in the region, Ms Amundsen said.

Invercargill woman Kerryn Douglas shared her history with attendees and spoke about how almost losing her son to a critical cycling injury in 2016 was the catalyst for some of her personal and professional goals.

"Initially I didn’t think I had a story to tell but then when you start to speak, you understand that everyone’s got a story," she said.

"For me, I would like to inspire someone else to get through a rough time."

The human library was part of the Kick It Women’s Festival, which runs in Invercargill until the end of the month.

It consists of a range of activities, from arts, crafts and entertainment to how-tos, information, discussion and inspiration for women and girls of all ages.