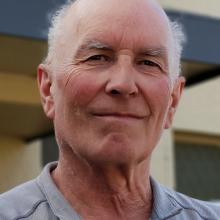 Graeme Perkins
The Luggate community has urged the Queenstown Lakes District Council to "be brave" when it comes to decision-making on the future of Wanaka Airport.

"We urge you to step up - be brave - and review the SOI with a hard scrutiny as befits councils who represent their people and defend and protect their environment.

"Consult our affected towns, and as you conduct your review please work to de-prioritise company over community, and help prevent knee-jerk solutions for Queenstown problems."

The lack of public consultation to date regarding the airport's future was another concern.

"The subject of Wanaka airport development is one of the biggest issues facing all of our communities around the airport, and to date we largely feel unheard.

"It seems as though formative plans are being made with a company behind closed doors, and we fear being locked into a `response only' scenario, come consultation.

Debate over public consultation has raged in the past month.

At a council meeting at the start of March, Mayor Jim Boult and fellow councillors raised concerns about the amount of "misinformation" circulating around the community about the potential expansion of Wanaka Airport.

In a letter to airport corporation chief executive Colin Keel, deputy mayor Calum MacLeod said the Wanaka community "deserves to see specifics" such as the number and type of aircraft that would use the airport.

Mr Keel said airport corporation would "look to address the misinformation circulating in the community".

But the community has continued to wait, and Mr Perkins said he was looking into meeting other community associations in the Upper Clutha to devise a unified approach to the issue.