Plans to develop Wanaka Airport for commercial jet services might have stalled, but have not gone away. 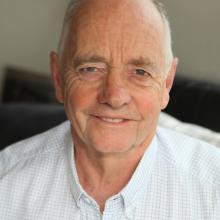 Justice Van Bohemen set aside the council’s lease of the airport to the council’s Queenstown Airport Corporation (QAC) — the granting of the lease judged to be unlawful because it did not comply with the consultation requirements of the Local Government Act.

Mr Ross and his supporters were delighted with the decision, but yesterday were not going so far as to claim it meant the QLDC’s development plans for Wanaka Airport were "dead in the water".

"It does mean that for the time being, but of course the QLDC can go through the process again."

However, the council "needs to understand very, very clearly" a large majority of the Upper Clutha community did not want Wanaka Airport developed for commercial jets, he said.

The council’s new spatial plan — identifying infrastructure needs in the district for the next 30 years — includes the development of the airport to help overcome Queenstown Airport’s projected (pre-Covid) capacity problems.

The plan was prepared by not only council staff, but by staff of central Government agencies, and it appeared to stand above the council’s normal 10-year plan. Both plans were being consulted on.

Mr Ross said one of his next steps was to submit to the council at its meeting in Wanaka next week, that the council "delete" all references to its Queenstown-Wanaka "dual airport" plan.

Deputy mayor Calum MacLeod said Justice Van Bohemen’s decision had not questioned council motives or direction, it was "just an issue with the process".

Asked if there were other avenues for the council to develop Wanaka Airport, Mr MacLeod said: "That will remain to be seen."

Group member John Hilhorst said it was "absolutely appalling" the spatial plan did not acknowledge the potential for a Tarras airport replacing Queenstown’s.

A council spokesman said the judicial review cost the council and QAC $350,000.

The stakeholders group’s legal team worked pro bono and Mr Ross said a claim could be made against the council for administrative costs.

"We need to think that through," he said. 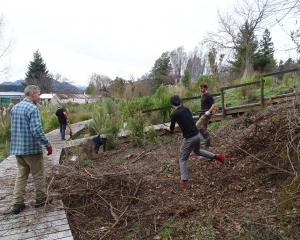