Group on hand to help young ones partying

Police, security guards and volunteers are ready for the possibility hundreds of young and underage drinkers may congregate on the Wanaka lakefront tonight for an informal New Year’s Eve gathering, after ratepayer-funded entertainment and fireworks were cancelled because of Covid-19.

Among them will be 40 people also there for the party, but in more of a caring role.

Red Frogs have been contracted by the Queenstown Lakes District Council to provide safe zones, peer support and emergency connection services in Wanaka and Queenstown.

It started in 1997 when Red Frogs Australia founder Andy Gourley (then a youth pastor) attended Schoolies Week on the Gold Coast with his skateboarding mates and realised the need for a designated sober person at the massive drinking parties. 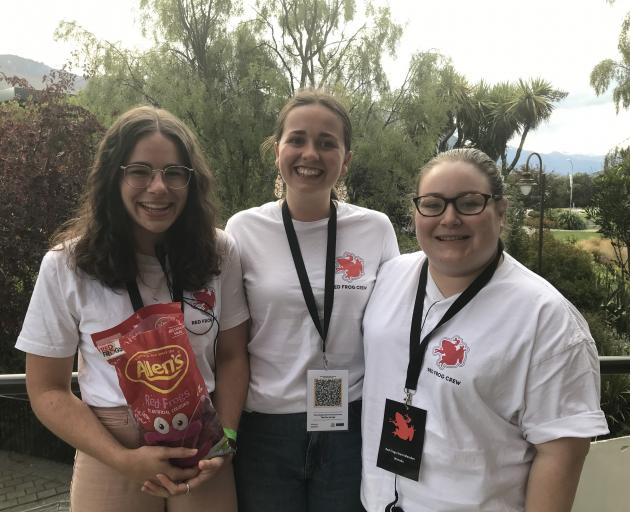 Volunteers, among other requirements, have to be committed to a local church and provide a pastoral referee.

They, usually, provide water, food, a chillout space, and general support to crowds at large events.

About 40 Red Frog volunteers aged between 20 and 25 have travelled from all over New Zealand to be in the Queenstown Lakes district this week.

The volunteers would offer sunscreen, water and non-judgemental support to those who sought help or advice, a Red Frogs spokeswoman said.

Red Frogs had noticed influxes of years 12 and 13 pupils from schools outside Wanaka at this time of year.

"Wanaka has a different dynamic to Queenstown, where shops may stay open longer or people have more options [for something to do]," she said.

"There is lots of great, natural entertainment here, but it is tricky. We were working with the Queenstown Lakes District Council on plans for more entertainment, but then Covid-19 happened," she said.

Among those volunteering with the group is