Learning makes up for disappointing result 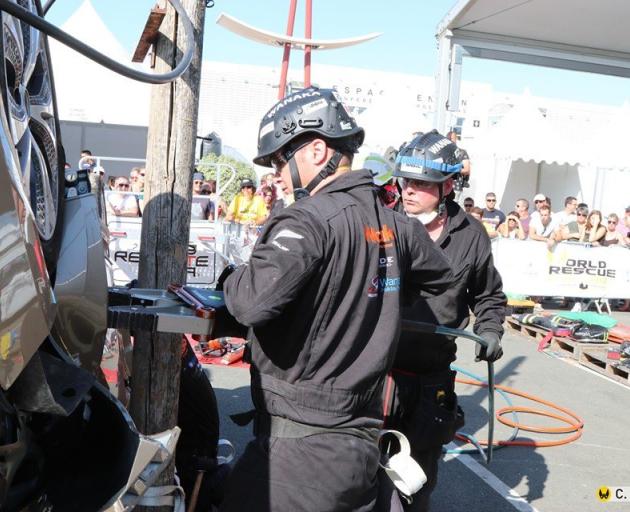 The New Zealand and Australasian champions came 23rd out of 34 teams competing from around the world.

Deputy Chief Fire Officer and crash rescue team leader Tony Wellman said: "We didn't do as well as we wanted, but, like typical Kiwis, we wanted to win."

The competition comprised four timed simulated scenarios in which the teams were judged on their extrication techniques and management of patients.

It was the first time the voluntary team had competed in the challenge and Mr Wellman said they did not know what to expect.

"It was nothing like what we do here in New Zealand. We got out there and used the [hydraulic] tools, whereas the other guys were using sabre saws and cutting into the cars.

"The judges didn't like us using the tools near the patient and I said to one of the judges `on the road you do that', but he pinged us for it."

Mr Wellman said the the team picked up a few tips from the other teams but they learned as much, if not more, from a side trip to the Netherlands headquarters of Holmatro, the manufacturer of New Zealand crash-rescue equipment.

"They showed us some new gear and we even got to practise with it, including equipment for lifting trains, which we will probably never need here."

They also had training on electric cars for the first time.

He said the team was taking a break from competitions now but members were continuing their regular firefighting duties.