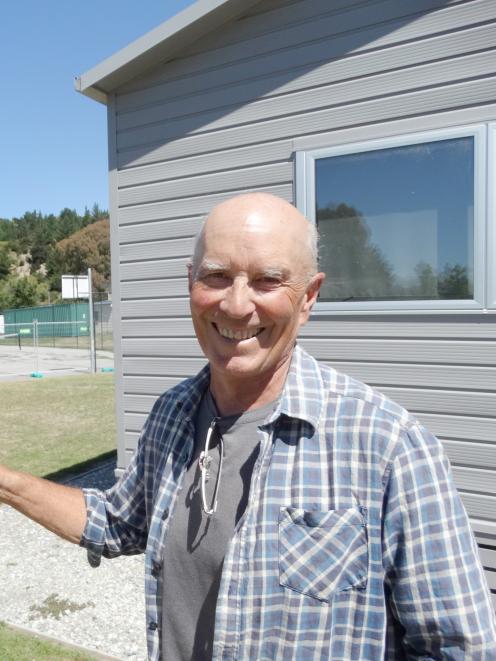 Graeme Perkins. PHOTO: ODT FILES
Working with local government and their staff and "not treating them as the enemy" is the key take-home message from the outgoing Luggate Community Association chairman.

After five years in the job Graeme Perkins will step down from the volunteer position at the association’s annual meeting today.

Mr Perkins moved from Dunedin in 2013 and

was a committee member for two years before taking on the role of chairman.

"I never knew a thing about sewerage or drinking water until I got involved ... it has definitely pushed my boundaries, I have learned so much."

He had only been chairman for a short time when the old memorial hall was closed due to earthquake issues.

"We have had to work with[the Queenstown Lakes District] council to get a new one and we have just got to the point where we are about to start construction."

Mr Perkins said the Luggate Community Association had a good working relationship with the council and its staff.

"We have got a lot further by appreciating where they are coming from and working with them rather than being grumpy and growly."

He believed the council took notice of small but growing communities such as Luggate. Reflecting on his time as chairman, Mr Perkins said he was instrumental in making sure Luggate was represented in discussions with the council over the proposed expansion of Wanaka airport.

A well as dealing with the perennial issues of water shortages, sewerage and roading, the association had succeeded in reducing the maximum driving speed through the town, erected new ‘Welcome to Luggate’ signs and instigated a midwinter ball and celebration.

Mr Perkins said he was looking forward to a break, although he would stay on the committee.

It was "healthy to have other people take up the reins", he said.