By Mark Price
0 Comments
It was all about how to treat the hair for Luggate portrait artist Stephen Martyn Welch on Saturday.

His live subject was Cardrona farmer and curler Ray Anderson who stopped shaving in 1974 to mark the birth of one of his daughters and the purchase of a new HQ Holden.

Mr Welch, who is a nationally known portrait painter, joked he had been told he had more work to do on his hair-painting skills.

He found Mr Anderson an accommodating subject and Mr Anderson, sitting for a portrait for the first time, professed to enjoying the attention.

The painting was bought by the Cardrona Curling Club, to be presented to Mr Anderson. 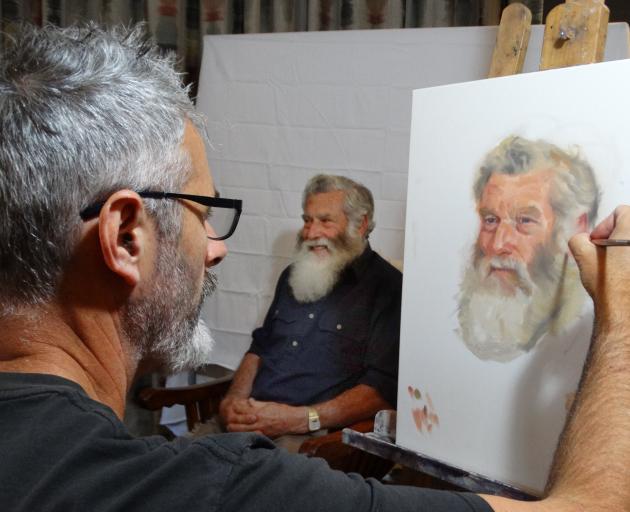 The painting demonstration was one of the features of the Wanaka Art Society’s Labour Weekend exhibition and sale.

Society president Vicky Fulton said the event, which included live music, an auction and demonstrations of painting and potting, had been successful.

Most of the works were local and Ms Fulton said feedback from artists suggested the Covid-19 lockdown earlier this year had been put to good use.

"We’ve had artists who have actually changed style a bit.

"They’ve had a lot of time to build up some good work."