Parking at centre of foreshore debate 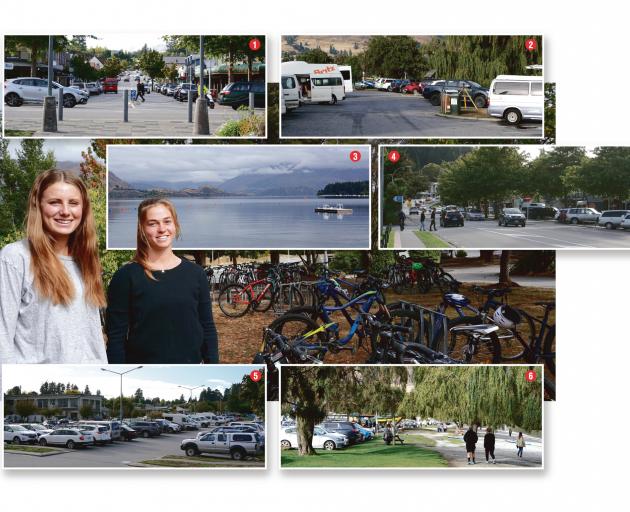 A lack of driver licences and the cost of fuel push hundreds of Mount Aspiring College pupils to bike to school and around town, head girl Peta McKay (left) and fellow year 13 pupil Kate Richards say, but they believe some form of car parking in the town centre should remain. PHOTOS: SEAN NUGENT
The year 2019 could be crucial to understanding what the future will hold for Wanaka. The Queenstown Lakes District Council is busy writing reports, preparing plans and trialling ideas for the Wanaka town centre, lakefront, and its surrounds. A pedestrianised town centre is being trialled, while potentially large changes and development along the Roys Bay foreshore could begin in the coming months. Reporter Sean Nugent talks to locals, young and old, new and long-term residents, to see what they believe the future of the town centre should hold.

What will happen to the Lake Wanaka foreshore?

Should it be redeveloped into a promenade with gardens?

What about Wanaka's town centre - should it be pedestrianised and if so, where will people park?

Day after day, week after week, this is the talk of the town.

Many are for change; many are against.

But who are these people, and why do they feel the way they do?

She has been strongly against any development on the foreshore, a stone's throw from her home, for some time.

Next month, the Wanaka Community Board will be presented with a report regarding the second stage of the Wanaka Lakefront Development Plan, adopted in 2016, that proposes replacing significant lakefront parking with a large promenade and gardens. 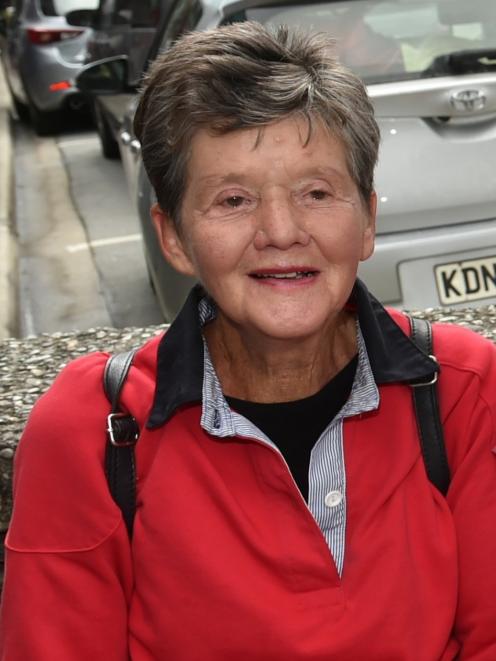 Loris King
Mrs King believed the development would be in violation of the current Wanaka Lakefront Reserve Management Plan, adopted in 2014, and was against the wishes of the community.

"The foreshore is very important. In the management plan that we've got, we asked for it to be kept natural.

"[The development] is not what the people have asked for, it's not in the management plans. Unfortunately, the council seem to think they can do what they like.

"The fancy gardens that they've got, we never asked for anything like that. It just boggles your mind, really."

As for pedestrianisation, Mrs King believed this was not the first time such a move had been trialled.

Parking was her main concern, while she was worried the town she loved would turn into Queenstown.

"The parking is the problem. I'm lucky I can walk from where I am, but a lot of my friends aren't able to walk and say they go round and round, and most times have to go home because there's nowhere to park to go to the chemist or the post office or wherever they're going.

"I would hate to see Wanaka go like Queenstown, but that looks like what we're doing. If this is not stopped, we're just going to end up the same."

Before living in Wanaka permanently, she had visited regularly for decades since she was a young girl, which she recalled fondly.

"It was one of the most exciting times of my life coming here.

"What we all love and were attracted to Wanaka for was the ability to be able to drive up, have a picnic and have a swim at the lake. You just won't have access to that.

"I think by developing that lakefront, the absolute attraction to Wanaka is being stolen before our eyes.

"There's nothing wrong with the way it is. Nothing.

"I just love it and want to protect it for what it always has been."

Like Mrs King, she was concerned the potential changes would see Wanaka "turn into another Queenstown", and would hinder many people's access to both the town centre and the lake.

"For the older people getting to the bank and things like that, it's really hard. It's bad enough as it is.

"And young mums with their little ones, they're the same.

"They [council] are ignoring the needs of all ages."

As more and more people continued to move to the town, Mrs Hayman said there were probably differing opinions on the subject, but hoped they would "respect Wanaka for what it is".

"The long-term residents are very very protective and at heart conservationists. They're really respectful.

"I hope they [the new residents] respect Wanaka for its outstanding natural landscapes and beauty, and want to protect it.

"I hope they see it and respect it and keep it as it is."

Not everyone remembers what Wanaka was like 30 or 40 years ago, and some welcome the chance to, in their eyes, improve the town centre and lakefront. 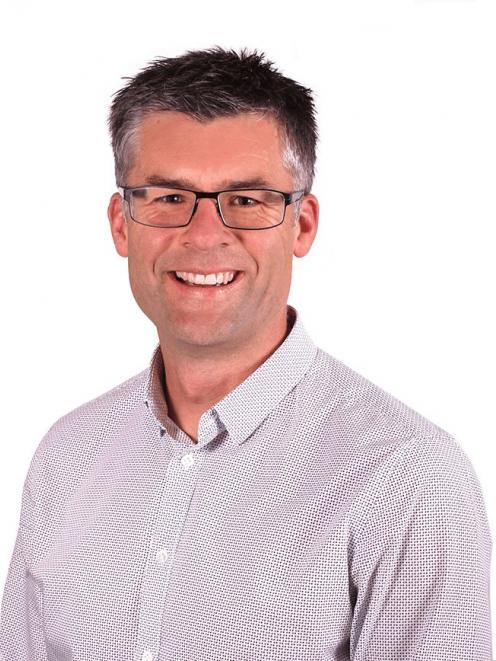 He said they chose Wanaka as they wanted to live in a small, safe community they could give back to, and give their daughters a rounded upbringing.

Since moving to the area, Mr Telfer had been heavily involved in advocating cycling and walking in the town as alternative modes of transport to private cars.

He was "110%" in favour of removing the car parks from the lakefront and replacing them with a promenade and gardens, and encouraged the introduction of pedestrianised streets.

"Over the last few decades our society has been conditioned to believe that everything must be designed around vehicles. It's time to revert to the natural environment being front and centre. Public spaces are for people and not for the storage of large personal assets.

"We should be doing all we can to make Wanaka safer for people to walk and bike, if they so choose."

The potential parking problem could be alleviated with preferential parking for the elderly and those with young children, he said.

As someone with a young family, he hoped his children would be able to look back in a few decades and be proud of what the previous generations had achieved.

"I hope that our children look back and are thankful that the previous generation was progressive and had the foresight and confidence to create a beautiful town that is now the envy of every other community in the world."

What about the youngsters themselves - what are they thinking?

Last year, the Queenstown Lakes District Council surveyed 120 year 11 pupils at Mount Aspiring College on what they wanted to see in Wanaka in the future.

A pedestrianised town centre, more cycle lanes and widespread public transport were their top answers, while the results also found more than 50% travelled into town on foot or by bike, and it was the most common form of everyday transport for around 40%.

This was not an anomoly, head girl Peta McKay and fellow year 13 Kate Richards (both 17) said, but was the feeling among the majority of the school's 1100 pupils.

"Biking is such a huge thing at our school. Unless you have a licence, your main mode of transport is by bike, really," Peta said.

But it was not just the youth who biked around town, they said, but all age groups, young and old.

Both girls moved to Wanaka in 2013 and said they had seen the town, the school, and the traffic grow significantly.

While they believed removing the car parks along the lakefront would allow people to enjoy more of the nature and beauty of the lake, that car parking would need to be replaced elsewhere.

"It's pretty hard to get a car park with the parks at the lakefront, let alone if they take them out," Kate said.

"I think if they do get rid of them, there definitely needs to be an alternative somewhere, where there's a suitable parking complex still close to town," Peta said.

In their opinion, the biggest issue facing Wanaka was being able to balance the rapid growth while keeping it the "small town that we love".

Last month, the council said future permanent parking options away from the lakefront would form part of the Wanaka Masterplan process later in the year.

A report on the Roys Bay works is due to be presented to the Wanaka Community Board at its meeting on April 4.

Main picture:  1. Pedestrianisation of this part of the Wanaka town centre is being mooted as a possibility for the future.

2. Some believe allowing cars to park on the lakefront ruins the experience. Others believe being able to park so close is exactly what makes Wanaka special.

3. Thousands come from far and near to enjoy this view across Lake Wanaka, just a stone’s throw from the town centre.

4. But would the town centre continue to function without cars?

5. But where will the cars go? This Dungarvon St car park, like many others, is full every day.

6. These cars are likely to  disappear from the lakefront following the implementation of the Wanaka Lakefront Development Plan, and replaced by a promenade
and gardens.