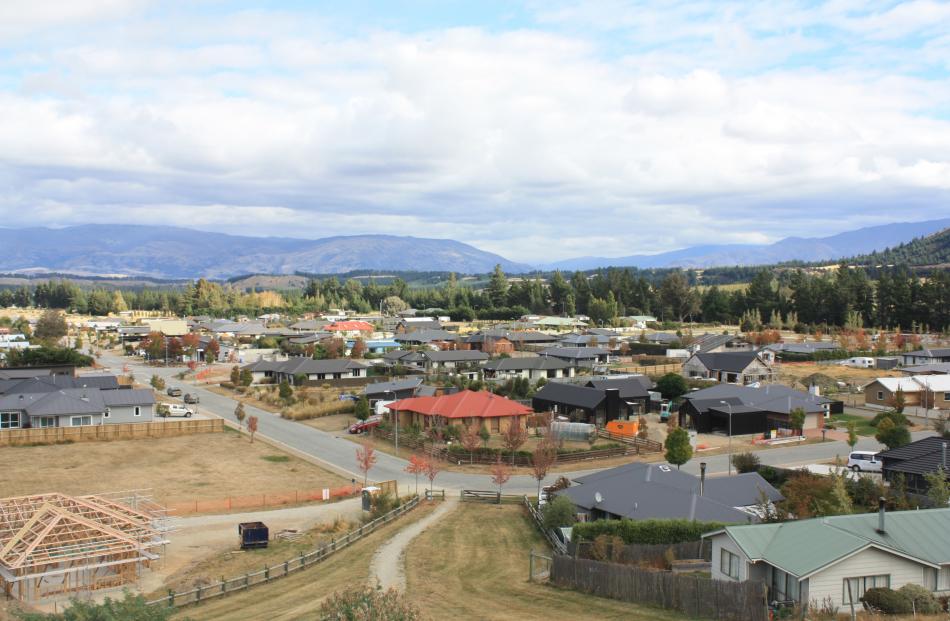 Newly built houses fill the streets in the first stages of the Timsfield subdivision in Lake Hawea. Once it is fully developed, the subdivision will have added about 280 new homes to the town’s building stock. Photo: Tim Miller. 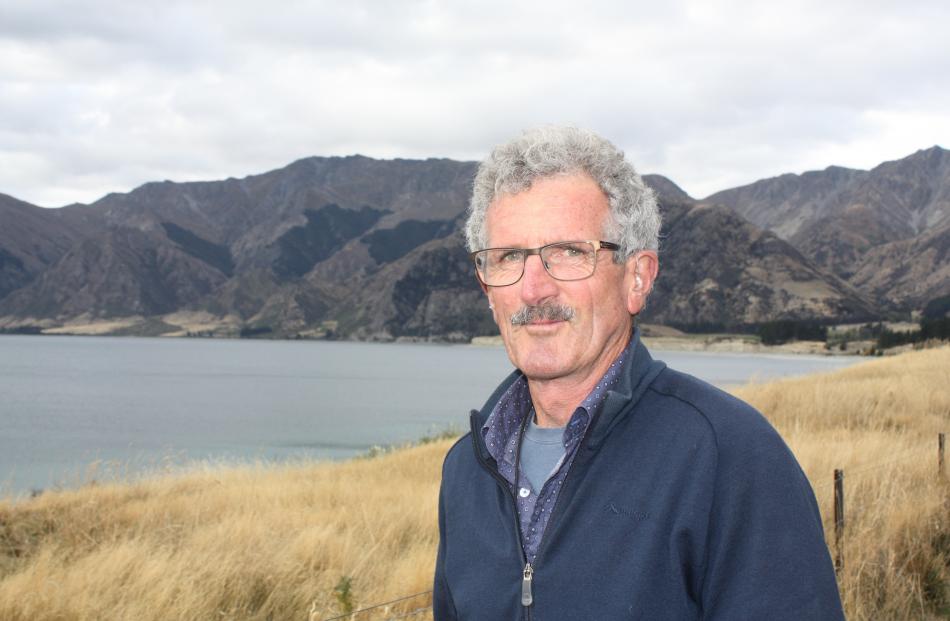 Born in Hawea Flat and having lived in Lake Hawea since the 1980s, John Taylor has seen the area change dramatically. 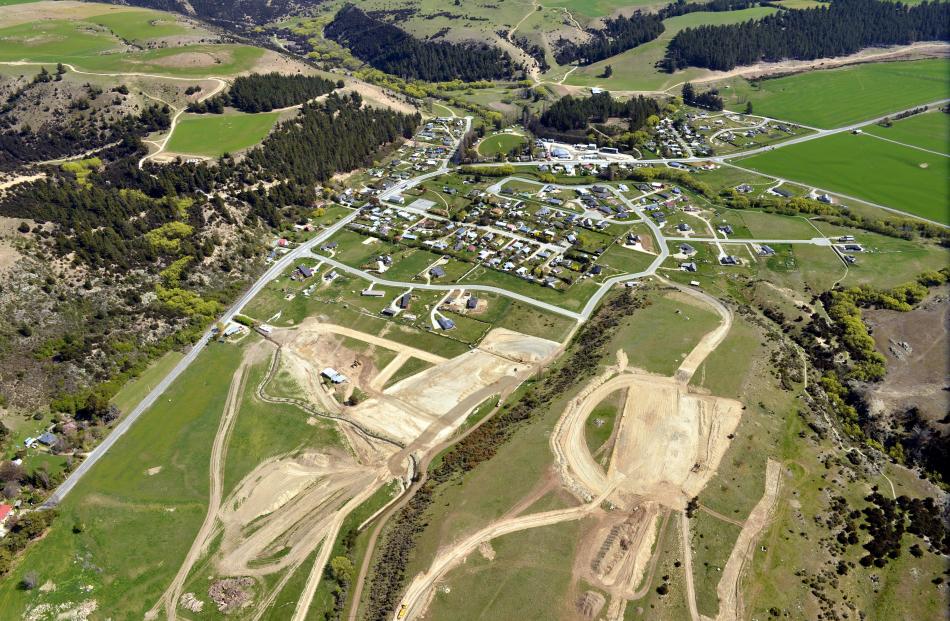 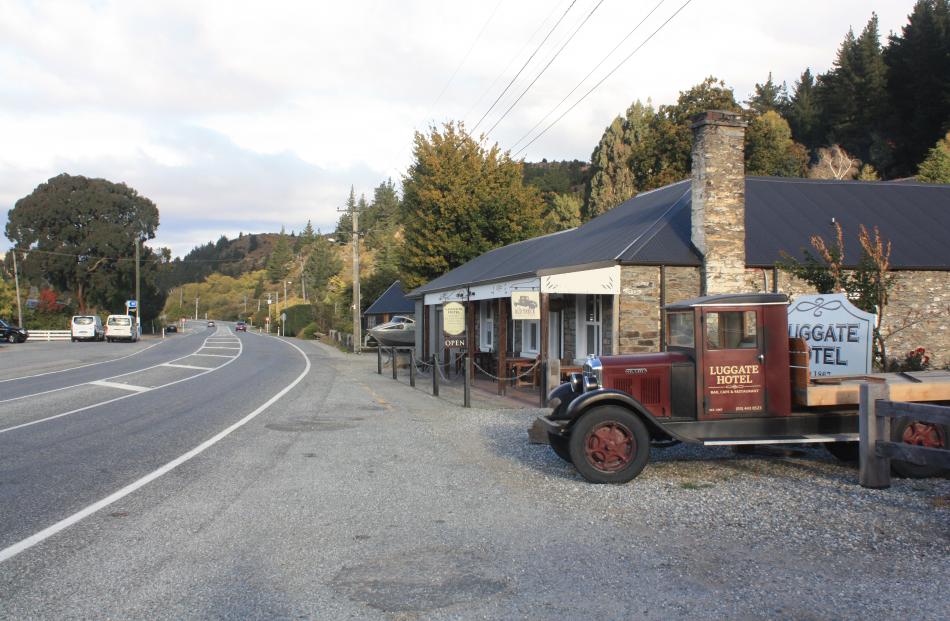 Despite all the growth in Luggate, the Luggate Hotel remains the focal point of the town for both locals and tourists, almost 150 years after it was built. 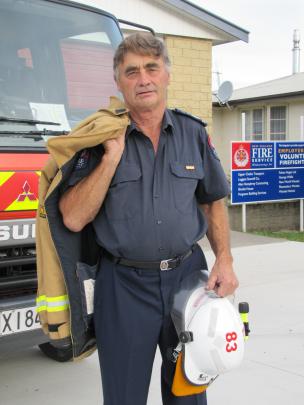 Wanaka’s booming housing market and rocketing  prices has meant people seeking that lifestyle but not at eye-watering prices look to surrounding settlements such as Lake Hawea, Hawea Flat and Luggate to get their own slice of paradise. Wanaka reporter Tim Miller looked at what is happening in the small towns, where they are heading and what the locals think of all the newcomers.

Driving along Cemetery Rd just south of the Lake Hawea township, it is easy it envisage what the town will look like in five or 10 years.

Just down the road in Hawea Flat there is the Camphill Road Estates subdivision and other small developments which have had the effect of bringing the two towns closer together, at least to those driving the 6km between them.

In 2003 the Hawea community produced a vision for what they wanted their community to look like by 2020.

Part of the vision was setting of an urban boundary at Lake Hawea between five roads, Cemetery Rd to the south, Muir Road to the east, Dominion Rd to the west and Capell Ave and Lake View Tce.

Current development is still within that boundary, but an illustration of how much the area has grown since that plan was created in 2003 is easy to see in the roll of Hawea Flat School, which serves both communities.

As well as the school there is a kindergarten on the same site and an early childhood centre is expected to open by the end of this year at Timsfield.

At the 2013 census there were 2175 people  living  in the area. By the time the census is taken next year, the population is expected to top 2500. Such rapid growth might be expected to be greeted with some concern, but for the most part people in the Hawea Community are happy with how their community has developed,  Hawea Community Association chairman Paul Cunningham says.

"You can’t really stop development if it’s going to happen, what you have to do is make sure the community gets as much out of it as the developers."

What facilities the community needed to accommodate its thriving population would also need to be addressed. The town had a tavern, general store and restaurant, and a mechanic, but Mr Cunningham said there would soon be demand for more.

The association had made a submission to the Queenstown Lakes District Council on its new district plan, asking for a retail zone to be placed around the area where the general store and the Sailz restaurant was located.

"It goes back to trying to give the community some control over the development of town.

"I think in the not-too-distant future you could have a little shopping centre. You won’t have your big box business, like the Warehouse or anything, but small locally run shops would be quite cool, I think."

As Hawea Flat and Lake Hawea grew it was inevitable they would start to resemble more of a single community, Mr Cunningham said.

"It has always been a goal of the [association] to combine the two communities and we think the domain is an integral part of that and something which could become a centre point for the community in the next 50 years as both communities grow."

Each year both communities battled for supremacy at the annual "Top Town Challenge"on Waitangi Day.

John Taylor has a foot in both camps, he was born in Hawea Flat, but has lived in Lake Hawea since 1981.

"I suppose the growth started in the 1990s and hasn’t really stopped and is now speeding up, particularly in Lake Hawea, but also Hawea Flat."

Mr Taylor, who has had a long-time involvement in several community groups and events, said most people new to Hawea showed willingness to be part of the community.

"What we have found, particularly with those who moved here 10 or 15 years ago, is those people have become very active in the community, and you would hope with the new families coming in now that trend would continue."

Once the development already planned had been completed there would be need to be a discussion how the town progressed, Mr Taylor said.

"Do we expand outside of those boundaries?

"There will be a lot of people who say no and I wouldn’t be too keen on it.

In 2015 Lake Hawea resident Barbara Chin published a book covering the history of the area from pre-European Maori settlement.

In the 16 years she had lived in the town its population had at least doubled, she said.

"You certainly don’t know everyone like you used to but there is still a community spirit to the place."

The Hawea area had been able to adapt with the changes and still retain its character and identity, she said.

"I think if you look at what’s happened throughout the history of the area one thing that shows up time and time again is the community’s resilience to change."

Despite publishing a history of the area and living in the township with her husband Trevor for 16 years, Ms Chin still did not think of herself as a local.

"There’s been some people and families living here much much longer than we have, but we’re pretty happy with just being able to live here and be part of such a vibrant community."

In the Luggate community 2020 plan developed in 2003, there is one line which spells out clearly how the town wanted to be seen.

"Luggate is a town with its own identity and character. It is not a satellite town or dormitory suburb of Wanaka."

"I think that’s the guts of it. We all love our little town and we want to see it thrive and keep growing, but we don’t want to see it swamped or amalgamated."

"Rapid would be one word to describe it," Mr Perkins said.

One subdivision, Luggate Park, has dominated the development of the town.

First started in 2004, the early stages of the subdivision, with about 120 sections, are  now almost fully developed, and only a few sections are left.

Willowridge Developments Ltd took over the development in 2015 and is progressing with stage two, which will provide up to 160 more sections.

In February, 30 affordable sections from stage two were opened up and all have  been sold.

As those new sections were bought and houses built on them, maintaining the identity of the town would be a challenge, but not impossible, Mr Perkins said.

"We really like that small village atmosphere out here and it will be a challenge to maintain in the years to come.

"But you know it’s a good community out here and there has already been rapid growth, so we will see how we handle the next stage."

A good relationship between the community and Willowridge owner Allan Dippie  made things easier, he said.

"He’s been pretty transparent about what’s going on over there, which is what you want."

There was a nice village feel to the town, with newcomers bringing their own skills and diversity, Mr Perkins said.

"Some people are happy to see the size of the town stay the same but it’s probably not practical and I personally feel the community has benefited from people moving here and bringing their skills and adding to the community."

The town was certainly different when Rod Anderson and his wife Cec  moved there 45 years ago.

Just like many of the families moving to the town now, the Anderons moved to Luggate because it was more affordable than Wanaka.

"We had land in Wanaka but were going to live in Luggate for a short time until we could afford to move there. We must love it here, because we never moved to Wanaka."

Another change, besides the development, had been the disappearance of  industry in Luggate, Mr Anderson said.

One of the upsides of the development was new families moving into the town.

"There used to be quite a lot of children here. Then it went through a cycle of of not being very many at all and now  they’re coming back, which is good to see."

With more than 150 sections still to be developed, Mr Anderson did not think Luggate would grow too big for its own good.

"There’s plenty of room and I do think what you’ll see is things like a shop being developed here again.

"Nothing major, but a place where you can go and get your bottle of milk and an ice cream."