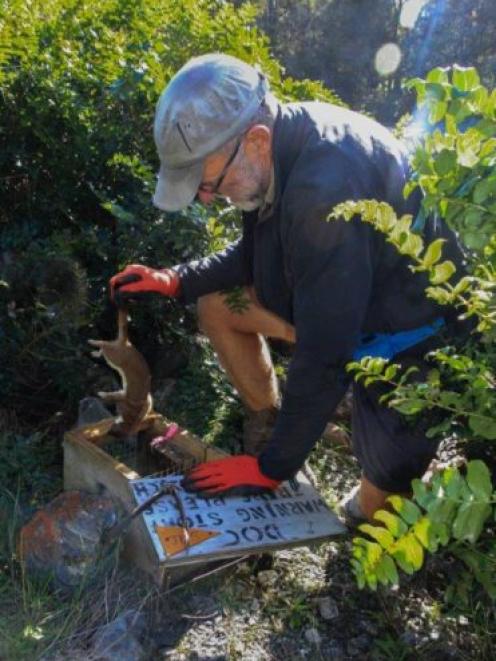 Every fortnight since August Jane Forsyth and Ian Turnbull have been clearing and re-setting traps along one of the seven Forest & Bird trap lines between Haast Pass and the Makarora Tourist Centre.

They have been volunteering since 2014 and said this was the worst year for rats they had ever seen.

Over the past month, they had caught 185 rats, 50 mice and five stoats.

In September, they caught 177 rats and 10 possums.

"It must be a moving carpet of rats out there on the forest floor," Ms Forsyth said.

A plague of rats was expected following the mega beech mast this past summer and autumn which has left a huge amount of seeds on the ground, but Ms Forsyth said trapping could only do so much.

"I think we are just holding the line with the trapping, but it is big 1080 drops that make a difference.

"Those of us putting our boots on the ground month after month are very anxious that a planned 1080 drop at Makarora go ahead.

"That is when we see a big upsurge in bird numbers," she said.

Mohua are vulnerable to climbing ship rats and stoats, because they nest in holes in old or rotten trees.

Mohua numbers have plummeted since rats and stoats arrived, to just a few thousand in isolated populations.