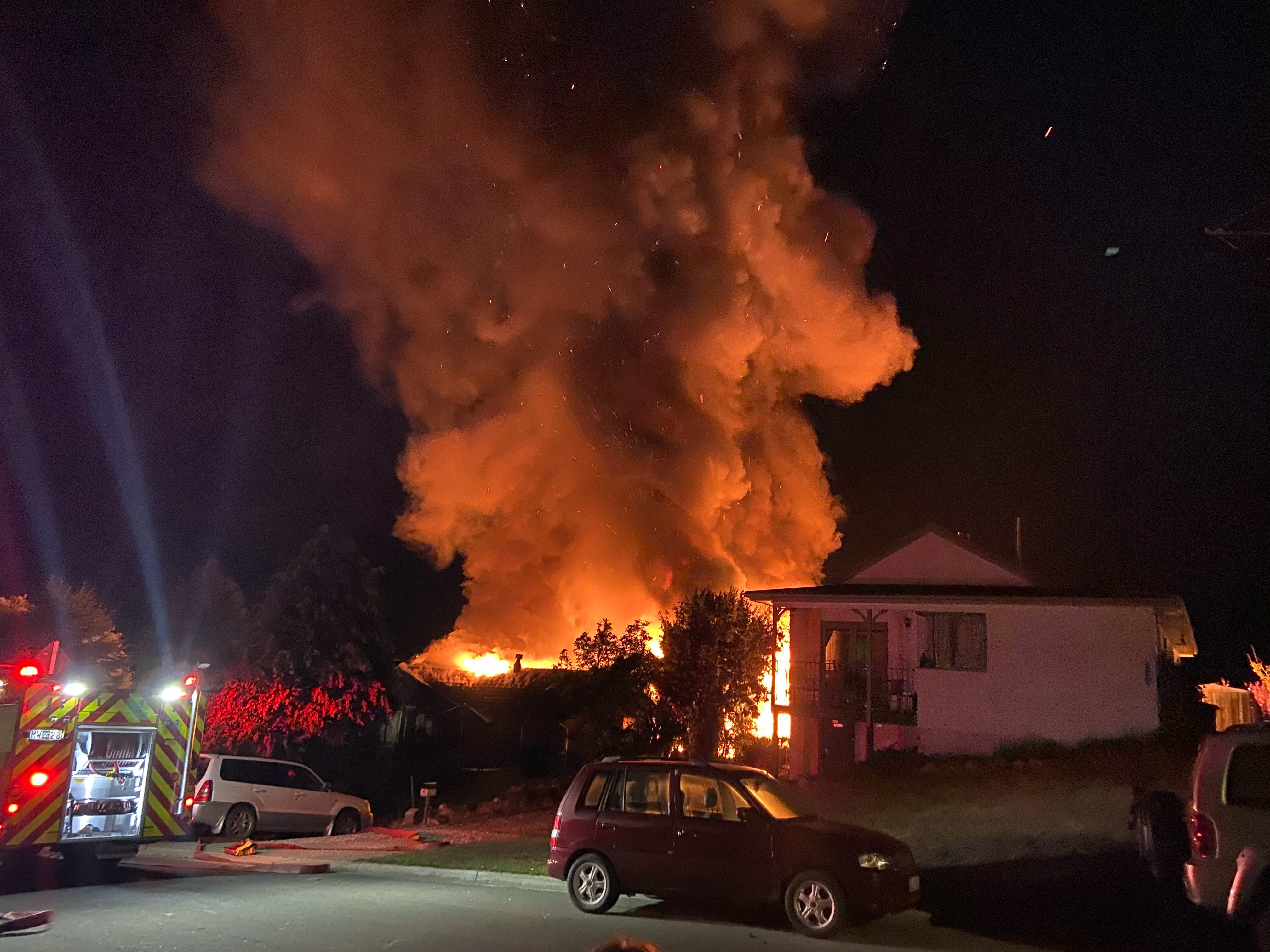 Property owner Kylie Stewart said it had quickly become clear her household had no time to lose.

Confronted with the horror of waking to the fire just before 4am, she and her partner screamed at the children to get out of their Totara Tce house.

"We literally had seconds," she said.

"Even a minute later would’ve been too late."

She owned the neighbouring house, whose occupants were relatives of hers, and that caught fire, too.

Everybody from both houses got out in time, but Batman the huntaway dog was lost.

One house and two cars were destroyed and damage to the other house was significant. Both homes were insured.

A shaken Miss Stewart told the Otago Daily Times yesterday afternoon she was relieved everyone had got out alive.

The fire had brought into perspective the importance of family, she said.

"Make sure they are the first thought every day."

The families had received amazing support from the community, including from the Wanaka Skate Club and retail shop Cheapskates Wanaka, she said. 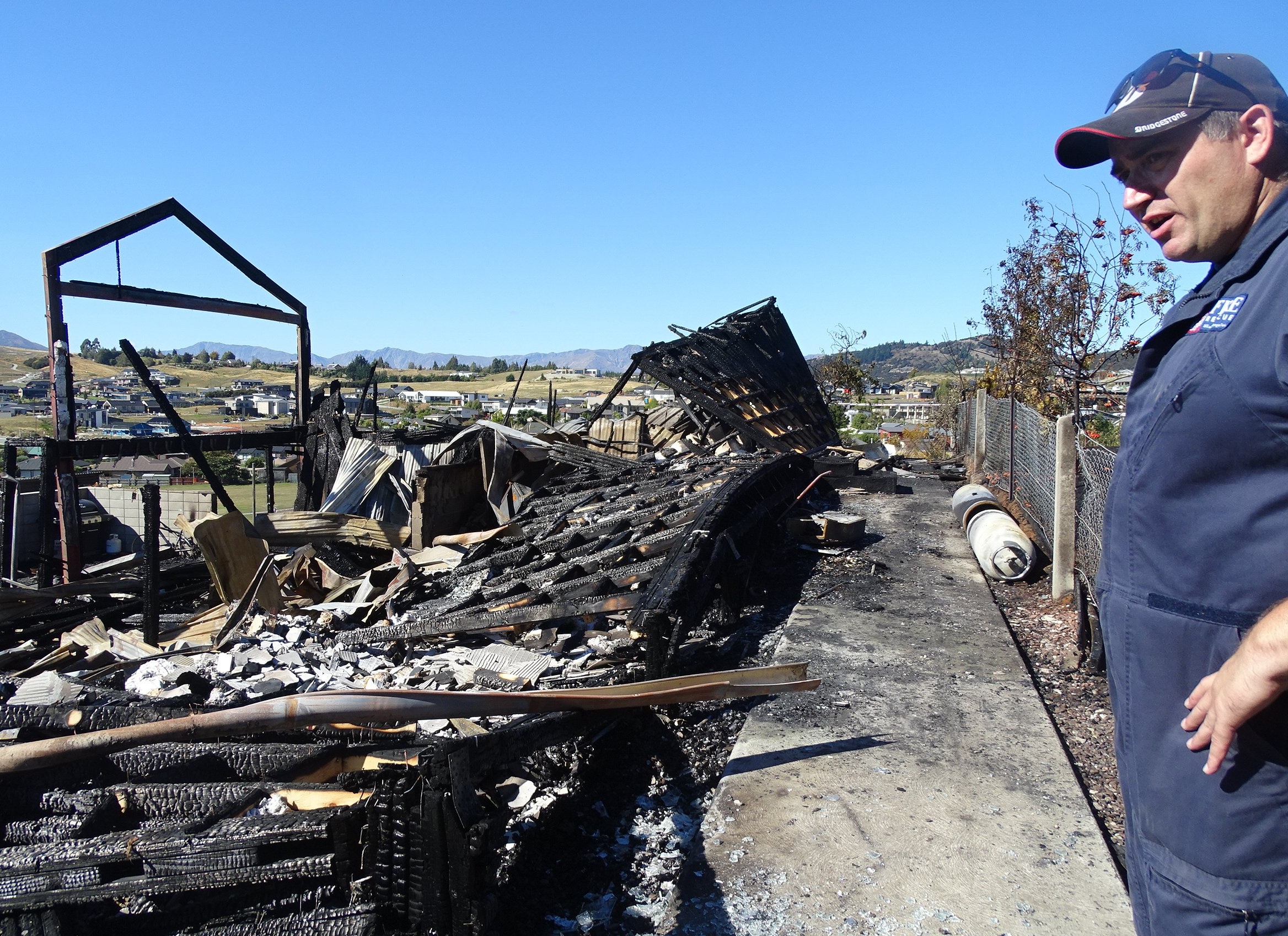 It had certainly exceeded the melting point for aluminium, 660.3degC.

He would carry out interviews today and another investigator would help him tomorrow.

Wanaka firefighter Tony Wellman said the house Miss Stewart was living in was engulfed in flames when firefighters arrived.

The house had been built with modern materials and they burnt quickly, he said.

The other house had also caught fire and firefighters had to make sure nobody was in either house.

Wanaka woman Tawna Woods had a daughter staying there with the child’s father.

She has set up a Givealittle page to raise funds for the family.

Her daughter had lost half her belongings, she said.

Neighbours had provided clothing for family members who had fled the homes.

More than $1000 had been given via the Givealittle page as of last night.