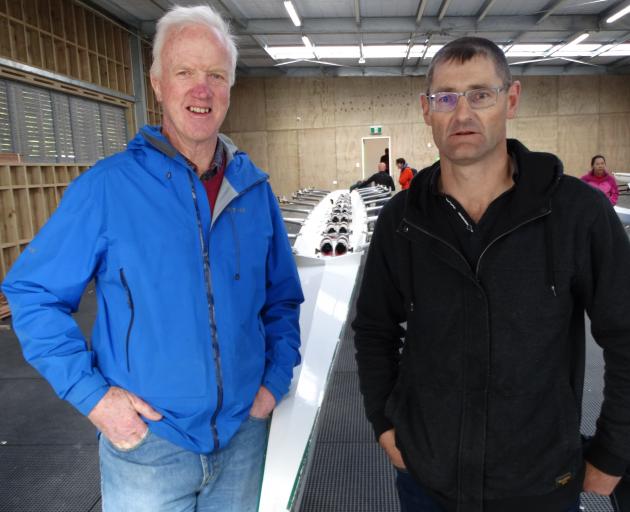 PHOTOS: MARK PRICE
The $2 million water sports building on the Lake Wanaka foreshore was opened to the public yesterday.

Representatives of the groups using it were on hand to explain how big an asset it would be.

Wanaka Watersports Facility Charitable Trust chairman Michael Sidey (left) and Wanaka Rowing Club president Shane Gibson noted the number of young rowers joining the club was growing as a result of the facility being available near the water.

Previously, boats were stored several hundred metres from the lake at the A&P Showgrounds.

The trust is responsible for sealing the car park, which also serves the Millennium Track and those wanting to photograph the Wanaka tree. However, Mr Sidey said it was likely the Queenstown Lakes District Council would pay for the work. 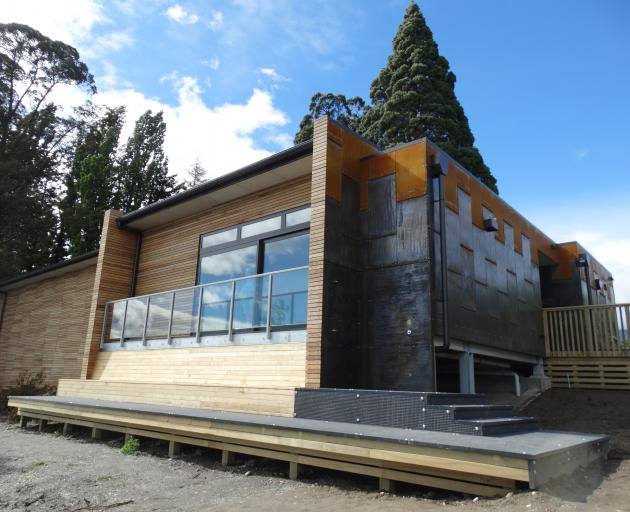 The location of the building on the lakeshore was controversial during the planning process. Gaining consent cost the trust $400,000, which Mr Sidey considered was "too much" for a community building funded by a charitable trust.

Mr Sidey said the building did not set a precedent for more building on the lakeshore.

With the lake high after recent rain, the building is just a metre or two from the lake edge.