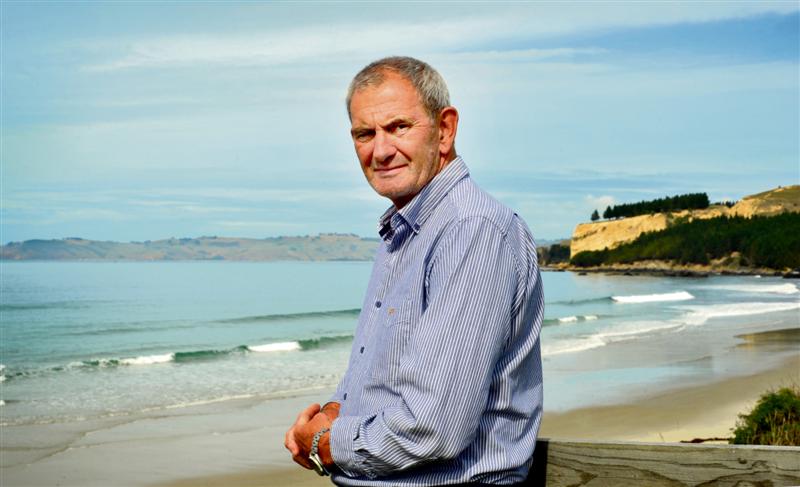 Ray Grubb. Photo: Christine O'Connor.
Fresh water and how to get it is top of mind for Ray Grubb, of Wanaka, as he begins his first term as New Zealand Fish and Game Council chairman.

Mr Grubb was elected at the weekend — the first Otago person to hold the position for 30 years.

He described the organisation yesterday as a "big political influencer" with 133,000 licence-holders.

Ideally, Fish and Game would play a part in an agreement between water users, such as farmers, and protectors, such as councils, "so that we get clean water and plenty of it for our children and grandchildren".

"That’s what it’s all about.

"It’s one of the most important things we will face in the next 30 years."

Mr Grubb said the "dirty dairying" campaign was gone, and everyone was moving in the same direction but negotiation over standards was still needed.

"There’s no point in fighting.

"You have to work together if you possibly can."

Mr Grubb said Fish and Game was opposed to trout farming because of the disease risk to the sport fishing industry worth a billion dollars to New Zealand.

"We have the best brown trout fishery in the world.

"It’s hard to see how you could put that at risk."

Fish and Game was researching trout farming to ensure it had a scientific basis for its opposition, he said.

"You can’t just say you’re opposed to something without having the science behind it."

Otago Fish & Game Council chairman Monty Wright said Mr Grubb had contributed a "terrific amount" to Fish and Game nationally "and we are sure that even though he is expected to think and act in the national interest, he will bring a helpful Otago perspective".