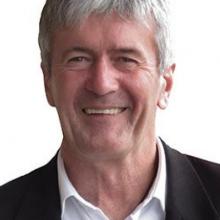 Damien O'Connor
The Government yesterday announced a $140million package for the West Coast - the largest since Development West Coast was formed when native logging ended in 2000.

The TranzAlpine passenger train was the biggest winner with $40million for new carriages.

Broadband, Westland Milk Products and Punakaiki got significant investments, as expected, but a more surprising one was garnets at Ruatapu, with the promise of 50 jobs.

Tourism was the biggest winner, with five initiatives getting funding including hot pools at Punakaiki.

With its $40million, KiwiRail can introduce a new premium service and add two more carriages during peak periods. Platforms and booking systems will be upgraded.

As expected, there is $25.6million for Dolomite Point in Punakaiki, focusing on improved visitor facilities and visitor experience, and $9.36million to build the Kawatiri Coastal Trail between Westport and Charleston.

The Oparara Arches gets $5.7million to improve visitor facilities and environmental protection, and there is a $3.3million loan to build hot pools and spa facilities above Punakaiki Resort.

The Croesus Road, which leads to the new Paparoa Great Walk, gets a $3.5million upgrade,

Another loan was made to Westland Milk.

The company is constructing a $22million plant in Hokitika specifically designed for "made-to-order" segregation of milk types.

There was also potential for other segregated products such as grass-fed, pure Jersey, goat or sheep milk, or even plant-based nutrition, Mr Brendish said.

Dairy generated more than 14.3% , or $234.4million, of the West Coast's gross domestic product in 2016 alone and 9.2% of the region's workforce, not including shareholder farmers and their employees.

The surprise was a $10million loan for garnet mining at Ruatapu. Mr Jones said up to 50 permanent, high-paying jobs would be established through the Ruatapu Garnet Project, as well as boosting support industries such as transport and trades in the region.

Alluvial garnets are mainly used as an industrial abrasive - such as water-jet cutting or in products such as sandpaper. The mineral-bearing sand will be collected using a front-loader digging operation and the garnets will be separated with machinery based at the Ruatapu site.

The project will be developed on privately owned land in Ruatapu, near Hokitika.

Other sizeable investments included $22million for broadband between Fox Glacier and Lake Hawea; $5million to extend and improve mobile coverage on the West Coast; and $4.8million to expand rural broadband and plug cellphone coverage gaps. Mr O'Connor said the $140million would boost the regional economy and add greater value to existing businesses.