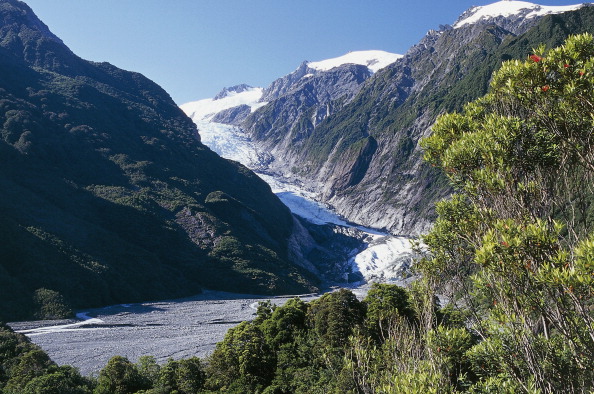 The gondola proposal was announced two years ago.

Skyline is the company behind the Queenstown and Rotorua gondolas, and the Christchurch Casino.

Its proposal came after foot access on to the ice at Franz Josef ended due to the danger created by the melt from the retreating glacier.

The Department of Conservation recently released its draft management plan, which sets out the proposed management regime for the area for the next 10 years.

Doc is considering gazetting an amenities area which could allow a gondola to be built.

The provision of an amenities area was the first step in allowing the gondola proposal to be considered and would be subject to relevant resource consents, Skyline Enterprises chairman Mark Quickfall said in a statement yesterday.

"As the glaciers continue to retreat, safe and reliable access to them has become a considerable challenge for the Westland community and for park management,'' Mr Quickfall said.

It would be a quiet, easy and safe alternative, he said.

Like Doc, Skyline was keen to get public feedback on the amenities area and invited interested parties to make a submission.

This is the first time Doc has considered gazetting an amenities area in a national park (or any public conservation lands and waters) for an activity not already in existence.

Submissions close at 4pm on November 9 and can be emailed to the Department of Conservation at westlandnp@doc.govt.nz