A public view point of the proposed mine site at Okari, Cape Foulwind. Image: Glasson Huxtable Landscape Architects
A controversial proposal to mine for heavy mineral concentrate at a Cape Foulwind site at Okari has been given the green light.

Westland Mineral Sands has just been granted consent, subject to a 15-day appeal period, to mine about 500,000 tonnes of heavy mineral concentrate over about seven years, on a 25ha site. The company will be allowed to strip mine up to 2ha at a time.

Proximity to two major wetlands has been noted.

In their decision, Commissioners John Maassen, Maria Bartlett and Graeme Neylon said the adjoining wetlands were potentially significant and the mine site could not be in a more ecologically significant area.

However, they were satisfied that the effects on the environment would not be significant in a working rural environment.

Large parts of the mining activity would be below ground level, there would be progressive rehabilitation, and the scale was much smaller than residents anticipated.

"The West Coast community needs the type of economic diversification that this proposal would provide." 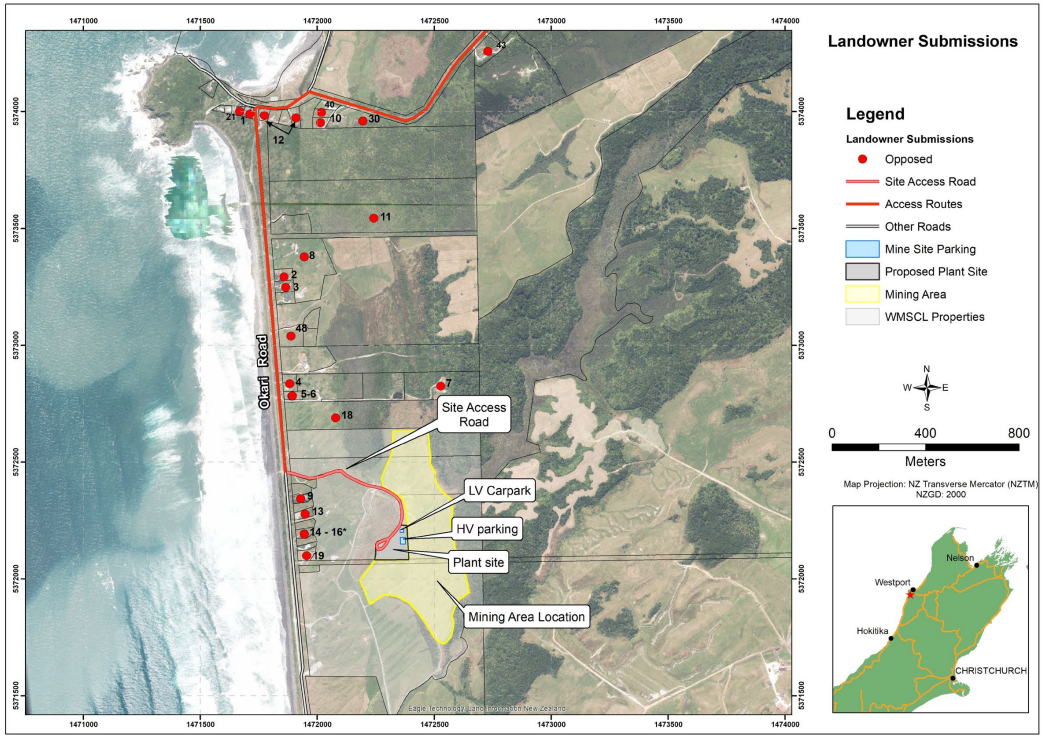 Map of the proposed mine site at Okari with opposing landowners marked in red. Overall 109 submission in opposition were received, with 75 in support and 2 neutral. Image: West Coast Regional Council

Westland Minerals Sands said in a statement it was fantastic news.

"(It) reflects the incredible support we've had throughout the consent (process)," managing director Ray Mudgway said.

He noted the economic spin-off for the region including a significant investment in Greymouth Port infrastructure via a new long-term lease.

Work was also well under way through its lease of Buller Port.

The decision specifies direct remediation for residents Matt and Deborah Alexander at Tauranga Bay, who live near a road junction, and "will be the most affected."

There are numerous other conditions set out.

The decision notes the stretch of "formidable coastline" popular with surfers and subject to dynamic coastal processes.

"The ilmenite and rare earth elements in mineral sands are strategically crucial to modern economies and are used in products as diverse as computer components and wind turbines."

Westland Mineral Sands had a "long-held vision" to mine and process West Coast mineral sands to obtain heavy mineral concentrate.

The plan was to export it to "friendly nations" with technology to further extract and purify those elements.

However, the process could begin "imminently" by using second-hand plant from Australia. 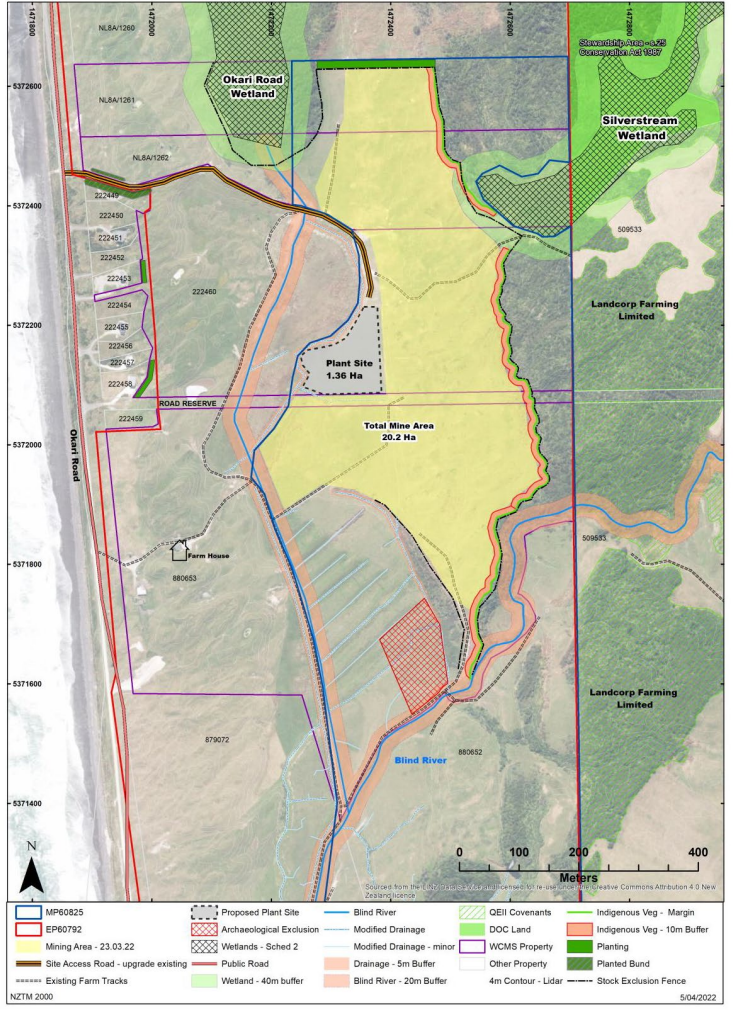 The site includes two major wetlands identified "as potentially" being significant under the West Coast Regional Land and Water Plan.

A suite of conditions imposed on the miner would rely "on good management", the decision said.

These include having an accountable person at all times on the mine site, and information given to a community liaison group.

"The hearing process demonstrated that there were a lot of people justifiably passionate about protecting the natural environment and the amenities of the area," the decision noted.

The concentrate included rare earth elements, "which are crucial components in the development of green technology".

The company was now working to assemble its processing plant and was continuing its plan to invest in the local ports "to ensure security of the supply chain" for HMC exports. This included at Greymouth.

The decision was significant for employment and business opportunities it would pose for the region, director Duncan Hardie said.

"The redevelopment of the ports is a great example. We can return these places to being busy hubs for coastal shipping and other activities, injecting life, jobs and a secure future for West Coast families."