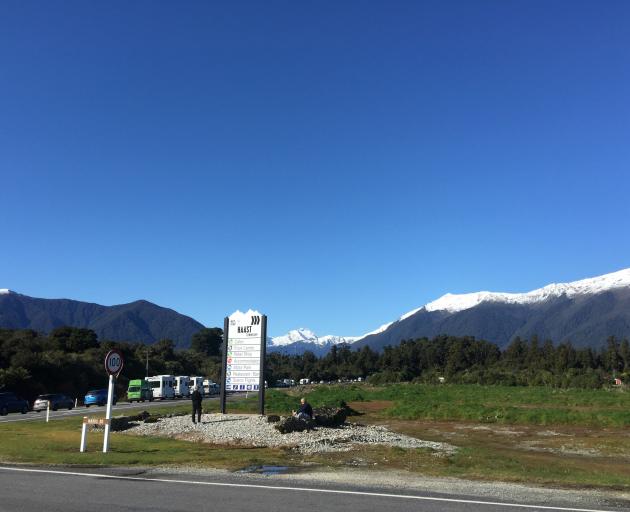 Traffic lined up on SH6 yesterday moments before the road reopened following the rockfall on Monday. Photo: Kerrie Waterworth
The Haast Pass reopened to traffic yesterday, but with a warning motorists could experience delays of up to 30 minutes during daylight hours.

Haast Senior Constable Paul Gurney said about 130 vehicles were waiting for the barriers to be removed just before noon.

He said ''the local Haast cafes made the most of the extra custom from held up motorists [on] what would normally be a quiet winter's day''.

NZ Transport Agency West Coast maintenance contract manager Moira Whinham said the rocks blocking the highway had been piled to one side, allowing single-lane traffic during the day.

She said the highway was open overnight and traffic signals would control movements past the rock face until the rocks could be removed and the scaling safety work on the face was completed.

Rock scaling by abseilers to make the rock face safe would continue today, and it was important there was no traffic or people below the site when that was under way, Ms Whinham said.

The Transport Agency aimed to have two lanes open to traffic by the end of this week.