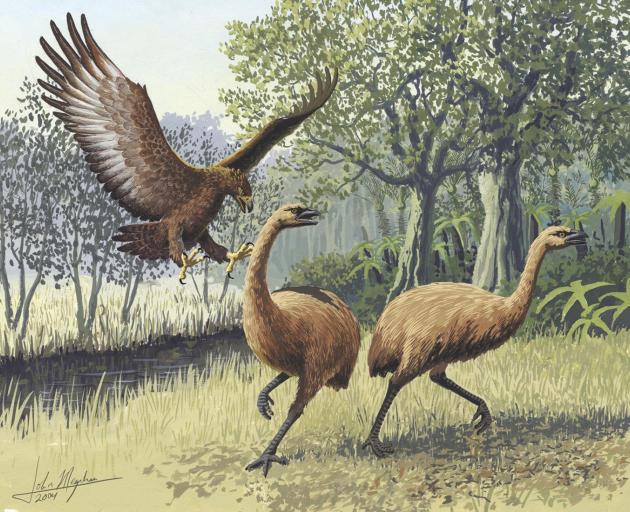 Controversial plans to bring moa and giant Haast eagles back to Oparara have been dropped, with the focus now on improving the road and safeguarding the area.

Work to develop the tourist area started in 2016, driven by the former Government's economic development report on the West Coast, which wanted to spread the tourism load more evenly.

The Lincoln University Living Lab design unit came up with the idea of a moa and giant Haast eagle interactive interpretation in the rainforest, complete with gantry walkway.

In May 2017, Buller-based photographer Neil Silverwood, who is also a New Zealand Speleological Society member, slammed the proposal, saying it would turn the area into a theme park.

In March this year, the project got new impetus when Development West Coast and Tourism West Coast awarded Tourism Resource Consultants the contract for a feasibility study and business case into the area.

Details were released today, and the new plan is:

• Upgrade of the access road to improve safety (which does not include sealing the road).

• A short extension to the Oparara track through the arch to safeguard the environment by giving visitors a prescribed track to walk on.

• A safety rail on the approach to the Moria Gate.

• Telling of the Oparara story to boost understanding of the biodiversity.

Environmental effects will be considered, including a full assessment against the Kahurangi National Park management plan and the West Coast Conservation management strategy.

"Tourism West Coast is sensitive of the need to ensure a managed growth of visitors from those countries that will seriously appreciate what the Oparara Basin represents."

Not all happy with Punakaiki community centre plan