Otago Nuggets fans Suzanne Te Au, Georgia Te Au and Chona Rodger must be among the team’s most confident supporters.

The Nuggets secured a place in tonight’s National Basketball League final in Auckland with a win against the Canterbury Rams on Thursday night.

But while everyone else was still sweating on the result, the Te Aus and Rodger had already booked flights in anticipation of the franchise reaching its first final.

The trio has more than a keen interest in the team. Georgia (24) is a guard for the Otago Gold Rush and is a close friend of many in the Nuggets squad, while Rodger (58) has an even stronger connection.

Her son Richie Rodger is in the squad and has impressed with the spark he has been able to add from the bench.

Georgia’s mother Suzanne’s link with the team dates back to the mid-2000s, when her husband Shane Atherton managed the side for a couple of years, so she is a long-suffering fan. 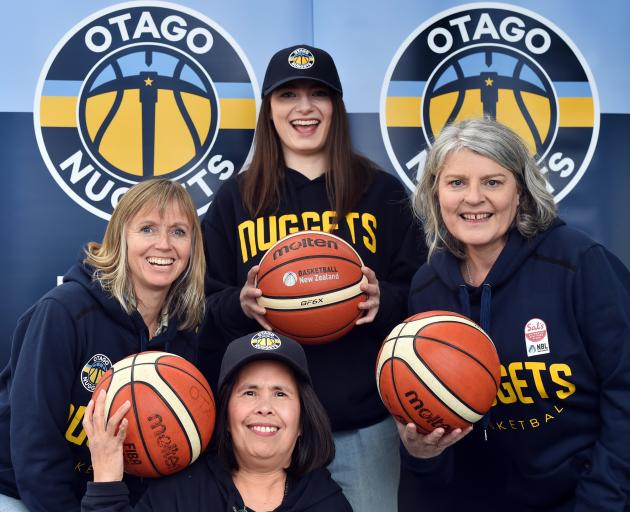 The Nuggets have some lean times during her watch. She witnessed the infamous 33-game losing streak between 2008 and 2011 and endured the teams’ six year absence from the league.

But all that pain could be erased tonight and she could not miss the opportunity to see that kind of history created.

"This feels so good — honestly.

"Making that booking was the best thing I’ve done all year. It just felt so right and then it was like I hope we make it."

Never in doubt. But there was a back-up plan to watch Gold Rush forward Zoe Richards play for the Tall Ferns.

The Tall Ferns will play the curtain-raiser for the final between the Nuggets and the Manawatu Jets.

"I’m hugely confident for tonight. I think we are going to have a party."

Rodger is not surprised the team has done so well.

"They are a very disciplined team and Richie has worked so hard. It has been his dream.

Georgia described the basketball community in Otago "as like a family".

"I went and watched last weekend and at the end I said to Chona, ‘shall we just come up next weekend?’. Then Mum was all-in as well.

"They are just playing so well. I can’t fault any of their game yet. I feel like they are going to do well."