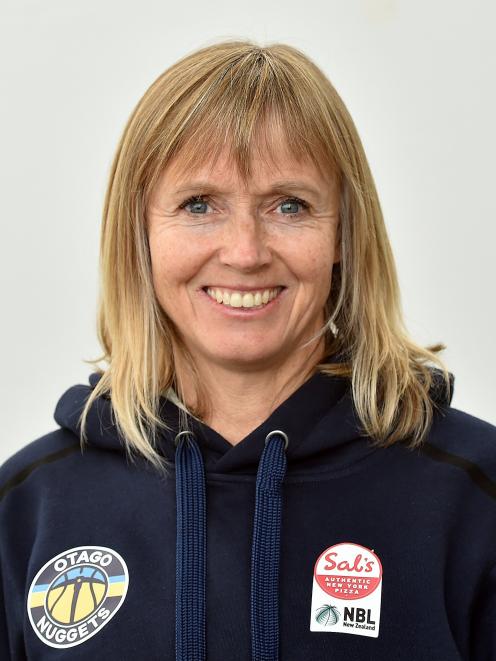 Angela Ruske. Photo: Peter McIntosh
The Otago Nuggets have started fundraising for next year and have the leverage of a national title.

The franchise is aiming to raise $500,000 to finance the 2021 campaign and will start from today.

The team will need a minimum operating budget of $400,000. But the target is an additional $100,000 — that way it can play a more meaningful role in a league in which the rich franchises have tended to dominate.

Raising $500,000 will be a significant challenge, given the economic climate.

But Nuggets spokeswoman Angela Ruske is armed with a glittering national banner and a lot of feel-good.

"Now there is even more pressure because we’ve done so well," Ruske said. "We can’t blow it. We need to make the most of this opportunity."

"We will be putting things in place this week and out contacting businesses and drumming up support for season ticket-holders for next year, so it is all go from today."

The Nuggets’ success has made the fundraising task that much easier, though.

There will be door knocking and phone calls of course, but it is not one-way traffic.

The franchise has had a significant approach from a business expressing interest in being involved.

"We have not fully nutted anything out. It was a quick conversation at the end of the tournament but they have potential to offer quite a bit to the franchise in terms of what they can do for us advertising-wise."

"And we’ve had good feedback from the businesses which have been part of our journey thus far."

Major-naming rights sponsor Fluid Recruitment was keen to remain involved and was understood to be very pleased with its relationship.

It is a good start but "it is a huge amount of money and we have the disadvantage of being in Dunedin".

"Every time you trip away you are looking at $10,000 for a couple of days. But I think the league is looking at ways how the home and away games might work so they are more cost-effective."

Ruske said it was too early to say whether some of the innovations seen this season might stick. She suggested the player draft probably did not have the support it needed to continue, despite being popular with the fans.

Whether that would have produced the even competition witnessed this season is up for debate.

"But from a management point of view it would be a shame to go back to how it was."