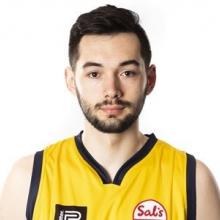 It marks a return for Hunt, who was the finals Most Valuable Player for the Nuggets when they won the 2020 NBL Showdown.

He joins Pafe Momoisea and Nikau McCullough, alongside Rodger, on the Nuggets roster for the event next month.

The team was set to choose Josh Aitcheson with the 17th pick, but Taranaki Mountainairs captain Tai Wynyard took the Otago swingman 11th.

That left Otago to choose 2021 Nugget Momoisea with the 17th pick, while McCullough was a steal, falling at 30 in the randomly ordered final round.

A guard who played for the Franklin Bulls this year, McCullough was part of the 2015 under-18 world champion 3x3 team which also included Wynyard, Sam Timmins and Matt Freeman.

Otago Gold Rush captain Nicole Ruske made a significant selection of her own.

Tall Fern forward Josie Stockill, who plays for the Capital Swish, fell to Ruske with the ninth pick to give

Three other Otago players were selected in the draft.

A trade weekend will give the opportunity to swap players.

The 3x3 tournament will be held in Invercargill from October 14-16.

Teams are split into two pools, with playoffs on the final day.

The top five teams will play at December’s Christmas Classic.