It looked as though Varsity was set to claim its first win.

But, as it so often does, the Mid City Magic found a way back.

The defending champion rallied to claim a 94-91 overtime win in Dunedin men's club basketball at the Edgar Centre on Saturday.

It faced a 13-point fourth-quarter deficit, but hauled in the margin late before closing out a tight overtime.

Centre Aaron Roydhouse scored 17 of his 39 points in the fourth quarter.

The league's leading scorer, at 23.6 points per game, proved too strong down the stretch, as the Magic repeatedly pounded it inside to him.

But it was the perimeter threats of Varsity that created the initial gap.

Micah Lepaio and Joseph Euphrat scored 28 and 34 points respectively, hitting 14 three-pointers between them.

Lepaio hit four of those early as Varsity streaked out to a 25-18 lead, before extending that to 44-32 at halftime.

That margin became 17 in the second half and the Magic still faced a 12-point deficit with five minutes to play.

But as the Varsity shooting quietened, the Magic began to take control.

It began feeding Roydhouse, who finished well and drew several fouls to haul in the difference.

But a handful of useful plays from Tim Keat-Royd (14 points) and a late three from James Humm (eight points) helped force overtime at 85-85.

From there, the Magic continued to find Roydhouse, who kept finding his way to the line.

The Magic held a one-point lead when he was fouled on an inbound — resulting in an unsportsmanlike foul — from which he hit both free throws to ice the game.

The St Kilda Saints continued to show they are the league's form side in dispatching the Magic Lions 81-56.

In the late game, Logan Dicker hit six three-pointers to top-score with 22 points as the Andy Bay Falcons beat the City Rise Bombers 82-77.

The result leaves both teams one win behind the top two sides at the end of the first round. 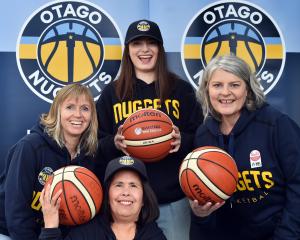 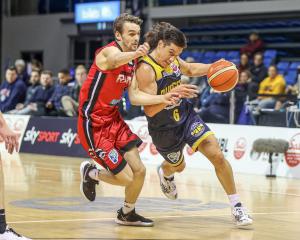